Would not give Ajinkya Rahane another innings: Manjrekar wants senior batter to play first-class cricket 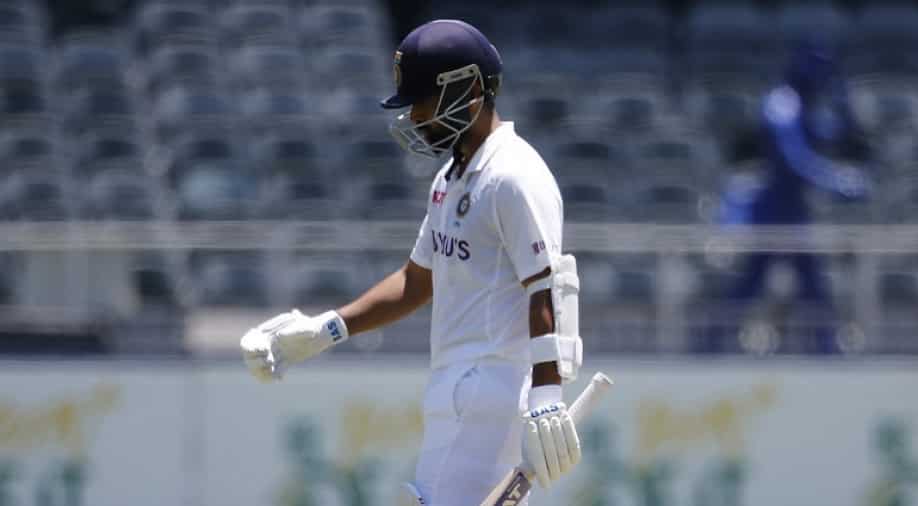 Former India cricketer Sanjay Manjrekar has criticised Ajinkya Rahane for his ongoing poor form for India in Tests and feels he does not deserve another shot at redemption.

Senior India batsman Ajinkya Rahane's struggles continued in the ongoing third Test against South Africa at the Newlands Stadium in Cape Town. The under-fire batter, who has been facing criticism from all corners for his long-standing lean patch in the longest format of the game, was dismissed cheaply for 1 and 9 in the third Test in Cape Town.

As the veteran batter continues to disappoint, former India cricketer and expert Sanjay Manjrekar believes Rahane does not deserve another innings for Team India in the longest format. Manjrear believes Rahane needs to go back and prove himself in first-class cricket to justify his selection in the Test team.

Many believed Rahane would make way for returning skipper Virat Kohli in the ongoing series-deciding third Test between India and South Africa after his disappointing show. However, a half-century in the second innings of the second Test saw Rahane buy a little more time for himself.

However, he failed to carry the momentum in the all-important third Test and is likely to be axed from the Test side. Manjrekar said Rahane's form in the last 3-4 years has been woeful and there is nothing that gives him slightest of hopes of a turnaround from the batter.

“It’s (his dismissal) a combination of a good delivery and Ajinkya Rahane’s form. He needs to go back and play first-class cricket and hopefully get his mojo back. I would not give Rahane another innings. Pujara has a stronger case in my book. Nothing about Rahane in the last 3-4 years gives me hope that he is coming back into form. There have been glimmers when he got a hundred in Melbourne. But, apart from that, nothing much,” Manjrekar said on ESPN Cricinfo.

India are on the verge of losing the third and final Test of the three-match series with South Africa in closing distance of a win. The hosts were asked to chase just 212 runs in their second innings and are likely to overhaul the target comfortably. A win will see South Africa clinch the series 2-1.