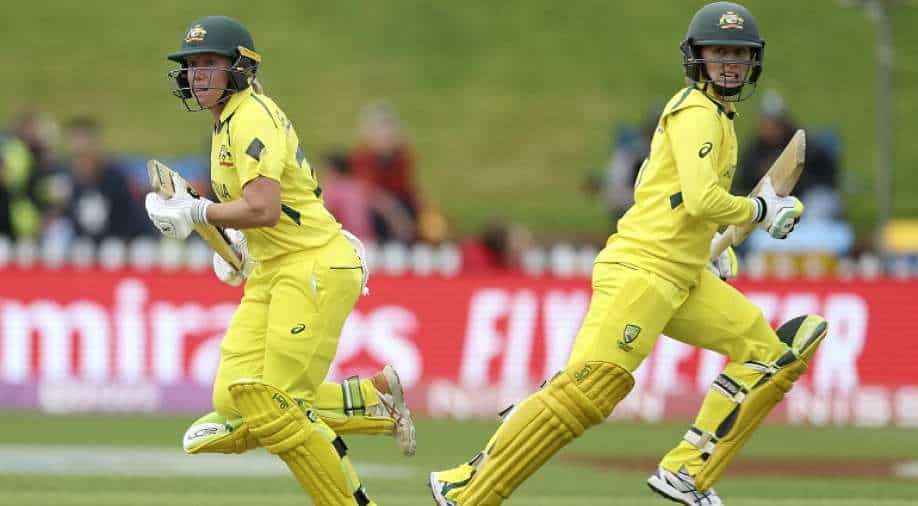 Alyssa Healy hit her fourth one-day century in a monumental opening stand as Australia cruised into the Women's World Cup final with a crushing 157-run victory over West Indies at Basin Reserve on Wednesday.

A brilliant century from Alyssa Healy and an outstanding cameo from Rachael Haynes helped Australia defeat West Indies in the semi-finals by 158-run in the ongoing ICC Women's Cricket World Cup 2022 here at the Basin Reserve on Wednesday.

Healy smashed 129 from 107 balls and Haynes scored 85 from 100 deliveries putting on 216 runs for the opening wicket to help Australia amass 305/3 in a rain-curtailed match, which was reduced to 45 overs.

Chasing 306, skipper Stafanie Taylor (48) played a lone hand for West Indies, while Deandra Dottin and Hayley Matthews scored 34 runs each at the top of the order.

But they received little support from others as Australia cruised home.

Experienced spinner Jess Jonassen bowled well to claim two wickets and five others picked up one scalp each, while Beth Mooney took the catch of the tournament to go with her unbeaten 43 with the bat.

Earlier, Healy and Haynes put on 216 runs for the opening wicket at an excellent clip as Australia amassed a huge score after being sent into bat first.

It was a scintillating partnership from Healy and Haynes, as the duo dined out on some poor West Indies bowling to put on the third-highest opening stand in Australia's WODI history.

Shamilia Connell finally got the breakthrough when she had Healy caught in the deep in the 33rd over.

West Indies seamer Chinelle Henry also picked up Ash Gardner, promoted up the order to number three, in the same over to help reduce Australia to 236/3.

But Beth Mooney 43* and Meg Lanning 26* took the score past 300 and left West Indies with a mountain that was too difficult to climb as Australia moved through to the title decider with ease.