Wimbledon: Rafael Nadal can really hurt on any court, says Roger Federer ahead of semi-final battle 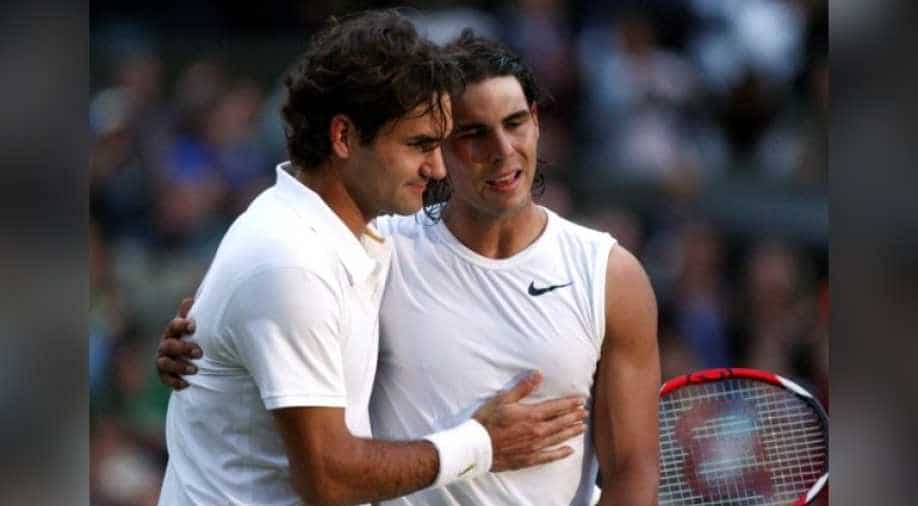 Nadal, who demolished Federer in straight sets in the semi-finals at Roland Garros last month on his way to the 12th title in Paris, admits his game has developed since 2008

Roger Federer and Rafael Nadal battle for a place in the Wimbledon final on Friday, 11 years after they mesmerised Centre Court in a Grand Slam championship match widely regarded as the greatest ever played.

Nadal emerged triumphant that day, winning in five sets in a four-hour 48-minute epic of fluctuating fortunes that stretched out over seven hours because of constant, momentum-shifting rain interruptions.

Over a decade later, the sport's two most successful players now have 38 Grand Slam titles between them and more than $100 million in prize money each.

However, it is eight-time champion Federer who just edges their Wimbledon head-to-head 2-1 after winning the 2006 and 2007 finals before Nadal famously broke the spell in 2008.

Nadal, who demolished Federer in straight sets in the semi-finals at Roland Garros last month on his way to the 12th title in Paris, admits his game has developed since 2008.

Mostly, that's due to his age as well as the desperate need to protect his creaking knees which so often conspired against him on the low-bouncing lawns of the All England Club.

"I am running less so I need to serve better. I probably cannot play 20 weeks a year any more,'' said 33-year-old Nadal.

"I am serving better. I am hitting the backhand better. Maybe volleying better, slicing better," he added.

In terms of the bare statistics, there is little to choose between them.

Nadal has served up 47 aces so far and been broken just four times; Federer has 42 aces, dropping serve on only three occasions.

The Spanish third seed has yet to face a seeded player and has only been truly tested once, in his four-set second-round victory over Nick Kyrgios in what was comfortably the tournament's most bad-tempered match.

He is in his 13th semi-final at the tournament and 45th at the majors.

In a career illuminated by landmarks, he became the first man to register 100 match wins at a single Slam when he came back from a set down to beat Kei Nishikori in the quarter-finals.

'Rafa can hurt you'

Federer is wary of the dangers presented by Nadal.

His loss in Paris, which took place in what he described as "insane" windy conditions, was his heaviest at the Slams in 11 years.

"Rafa really can hurt anybody on any surface," said Federer.

"He's serving way different. I remember back in the day how he used to serve, and now how much bigger he's serving, how much faster he finishes points," he added.

The eager anticipation of their 40th clash has relegated defending champion Novak Djokovic's push for a fifth title to second billing.

The top seed and world number one reached the semi-finals for the ninth time, racking up his 70th career win at the All England Club by sweeping past David Goffin in straight sets, reeling off 15 of the last 17 games.

In his 36th Grand Slam semi-final, the 15-time major winner faces Spain's Roberto Bautista Agut who is in his maiden last-four at the majors at the 27th attempt.

Djokovic leads the 31-year-old 7-3 in career meetings, including 3-0 at the majors.

However, the unheralded Spaniard, who had to cancel plans for his stag party in Ibiza as a consequence of his run to the semi-finals, has defeated Djokovic twice in 2019, in Doha and Miami.