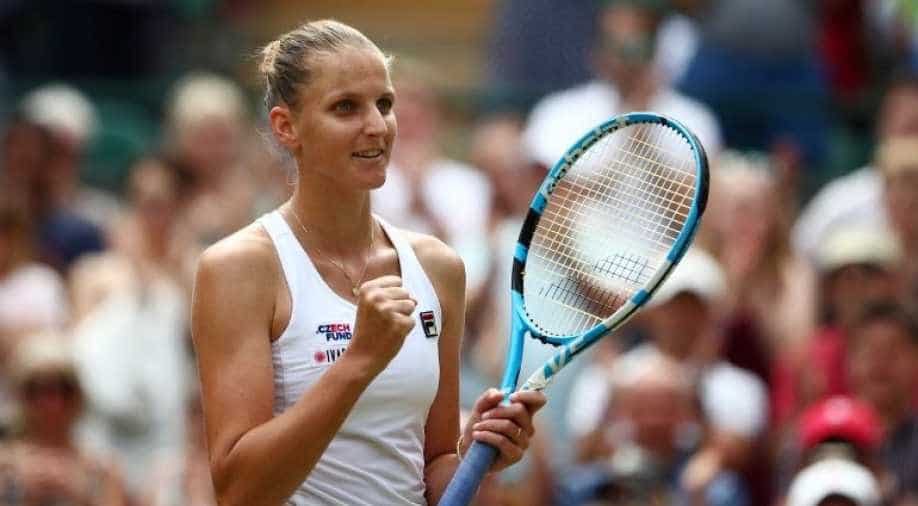 Pliskova fired down 14 aces on Court One to counter the unorthodox Hsieh's fast feet and soft hands, securing victory in an hour and 46 minutes

Former world number one Karolina Pliskova served superbly to beat Hsieh Su-Wei 6-3, 2-6, 6-4 on Friday and reach the Wimbledon fourth round for the second time.

Czech third seed Pliskova fired down 14 aces on Court One to counter the unorthodox Hsieh's fast feet and soft hands, securing victory in an hour and 46 minutes.

"I thought my serve was amazing today... I'd love to call myself a specialist on grass," Pliskova said. "This year I'm doing better and I've made the second week.

"On grass she's a very tough opponent, she's done a good job the past couple of months and I'm just super pleased that I've made it," added Pliskova, who lost to Hsieh in Dubai this year.

"There's nobody like this playing any more in the draw so I think I'll feel much better in the next match after this test," Pliskova added.

Both players started the opening set strongly before an unusually untidy game by world number 16 Hsieh allowed Pliskova to claim a break for a 5-3 lead.

That was the opening the 27-year-old needed as she switched gears and closed out the set with her sixth ace.

Hsieh responded with an early break in the second set to race 4-2 ahead and the 33-year-old Taiwanese saved four break points in the seventh game before taking the match into a decider.

Pliskova, who beat last year's Wimbledon champion Angelique Kerber in the Eastbourne final last week, put Hsieh on the back foot with searing groundstrokes early in the third set to break for a 3-1 lead.

Appearing less rattled by Hsieh's variations as the match wore on, Pliskova staved off a late comeback attempt by Hsieh to close out victory.

Up next for Pliskova is Czech compatriot Karolina Muchova who beat 20th seed Anett Kontaveit 7-6(7), 6-3.