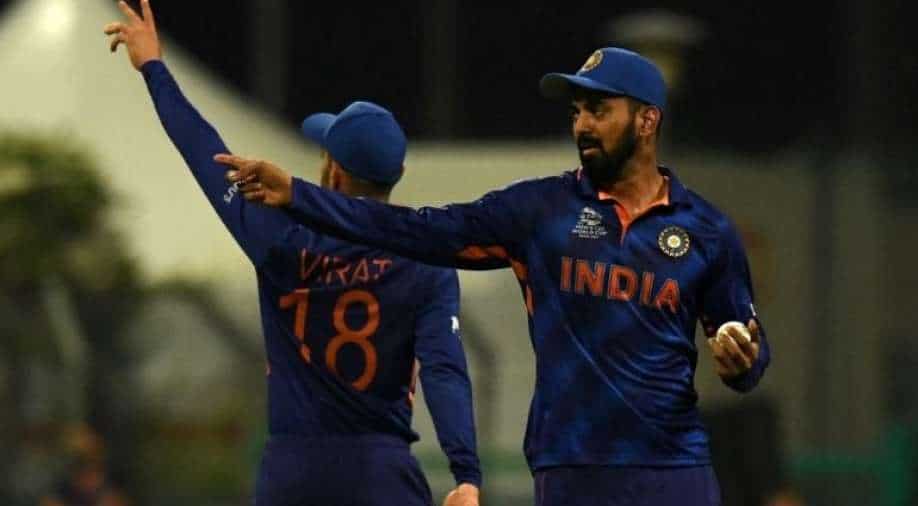 After Rohit Sharma was named as India's new ODI captain, replacing Virat Kohli, KL Rahul and Rishabh Pant are being touted to be strong contenders to become the new vice-captain in the 50-over format.

Team India is going through rapid changes post the T20 World Cup. Well, it was a given following how disappointing the campaign turned out to be for the one-time winners.

On Wednesday (December 8), BCCI announced Rohit Sharma as the new ODI captain, after he had already taken over as the T20I captain post the World Cup. As per reports, Virat Kohli was given two days to announce his stepping down but since the right-hander didn't respond, BCCI went ahead and made the call themselves.

Not only this, Rohit also got promoted as the vice-captain of the Test side, due to Ajinkya Rahane's low returns. Thus, all eyes are on who will be Rohit's deputy in the ODI format. BCCI haven't revealed the new vice-captain in the 50-over format, hence, another big update will follow suit in the coming days.

As per a report in TOI, KL Rahul is touted to be the new vice-captain in ODI cricket. For the unversed, he is already Rohit's deputy in the shortest format, hence, it will make sense for him to take up the same role in ODIs.

However, there's another school of thought which is eager to groom Rishabh Pant as a future captain. Hence, he may also be considered to be Rohit's deputy in ODIs.

“It’s important to maintain a balance. The selectors are not for making drastic changes. But the team management and the selectors are keen on giving younger players more important roles going forward. Pant is definitely seen as an important part of the leadership group although Rahul is the frontrunner for the vice-captaincy in ODIs because he is already the deputy to Rohit in T20Is,” a source was quoted as saying by TOI.

As per the reports, Rohit is keen to groom the next leader, hence, Pant can also be an option going forward.

"Rohit needed a clarity on his role. There aren’t many ODIs before India play the 2023 World Cup and he is big on grooming the next generation leader too. Virat Kohli too understood the situation,” a source told the paper.

Things will become crystal clear when BCCI announce India's ODI squad for the South Africa series, in the African nation, regarding the vice-captaincy position.