Who are you? Wicket falls if you just bowl: Ashwin's hilarious remark for Shardul caught on stump-mic 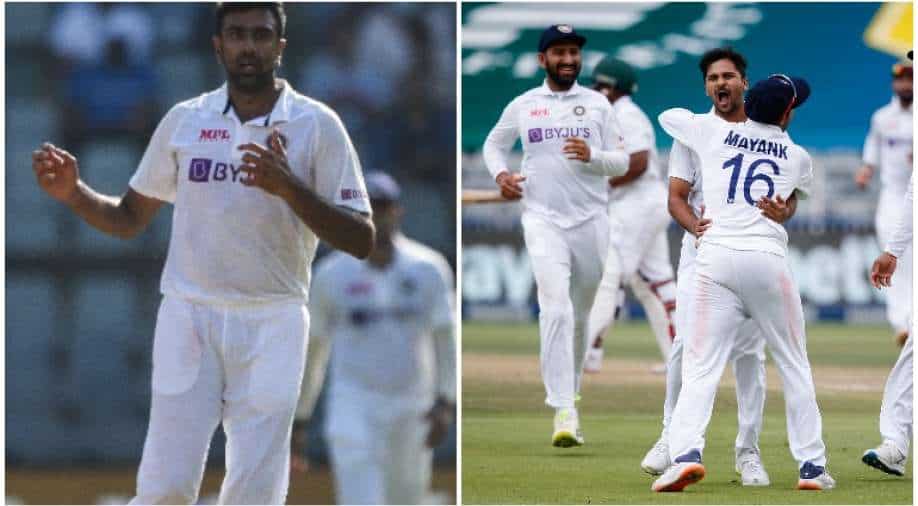 R Ashwin was shocked seeing the way proceedings panned out whenever Shardul Thakur came into the attack and resulted in breakthroughs. His hilarious remark on Shardul was caught on stump-mic:

Day 2 of the second and penultimate Test between India and South Africa, at The Wanderers, Johannesburg, was dominated by Indian all-rounder Shardul Thakur. The 30-year-old returned with 7 for 61 -- best bowling figures by an Indian player against the Proteas -- to dismiss SA for 229 in response to India's 202.

The day started with the home side resuming at 35-1 before they were bamboozled by Shardul's fiery spell. The all-rounder got the wickets of skipper Dean Elgar, Rassie van der Dussen, Temba Bavuma, Marco Jansen, Keegan Petersen, etc. to pull India back into the contest. Whenever the Proteas had some partnerships in the middle, it was Shardul who came to the rescue for Rahul & Co.

Thus, the veteran off-spinner R Ashwin was shocked seeing the way proceedings panned out whenever Shardul came into the attack and resulted in breakthroughs. Hence, the 35-year-old Ashwin was heard as saying in his mother tongue (i.e. in Tamil): “Yarra nee, engendhu da pudichanga unna? Nee ball potaale wicket vizhum." The rough translation of the comment is: “Who are you? Wicket falls if you just bowl."

Ash being heard on the stump pic after Thakur's 4th wicket:

After Shardul's impressve spell, former Proteas pacer Morne Morkel told on Star Sports, "South Africa absorbed the pressure and the key was to fight through the first hour, get through Shami and Bumrah, and there on you can get the scoring options. You could see Siraj was only bowling at 50 percent. The table was set for South Africa but the game changes so quickly. You can’t lose concentration for a second as Shardul Thakur came and broke open the South African top-order."

Talking about the third day's play in J'burg Test, India are 188 for 6 -- leading SA by 161 runs -- after having lost Cheteshwar Pujara, Ajinkya Rahane (58), Rishabh Pant and Ashwin in the morning session on Wednesday (January 5). Shardul and Hanuma Vihari are in the middle, at the lunch break, and will look to setup a target in excess of 220 for the home side in the second and penultimate Test.