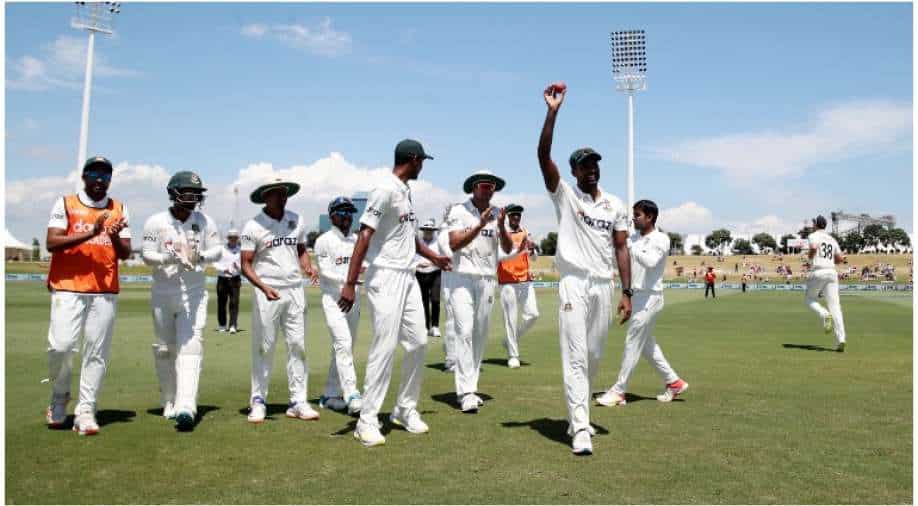 With this loss, NZ's 17-match unbeaten streak at home in whites also came to an end. Here's a look at the updated World Test Championships points table after Bangladesh's shocking win over the Kiwis:

Bangladesh pulled off a huge upset on Wednesday (January 5) to beat World Test Champions New Zealand by 8 wickets in the first Test, of the two-match series, to go 1-0 up at Bay Oval, Mount Maunganui. With NZ's back against the wall, leading by 17 runs with half of their side back in the hut at stumps on Day 4, the home side couldn't stage a miraculous recovery as pacer Ebadot Hossain's 6 for 46 dented the Tom Latham-led side in their second essay.

Chasing a paltry 40 runs for win, skipper Haque and experienced campaigner Mushfiqur Rahim remained unbeaten to take their side to their first-ever Test victory in and against the Black Caps. With this loss, NZ's 17-match unbeaten streak at home in whites also came to an end. Here's a look at the updated World Test Championships points table after Bangladesh's shocking win over the Kiwis: 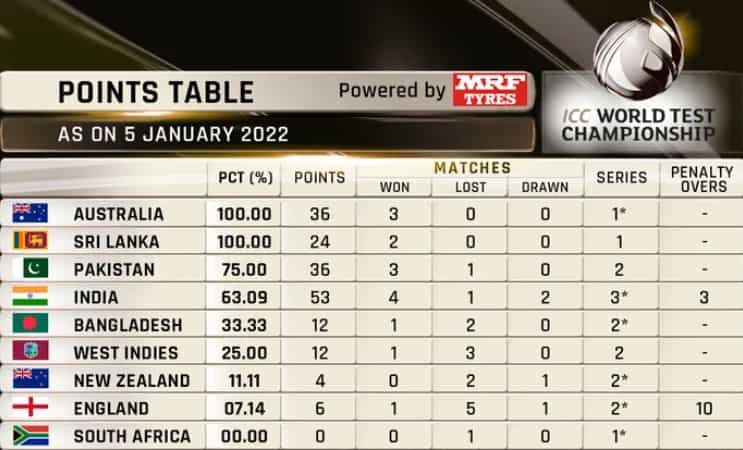 After the famous win, Bangladesh Test skipper Haque told the broadcasters at the post-match presentation, "It was teamwork. Everyone was keen to win the match and they put their hand up in all three departments. We won because of the bowlers, both in the first and second innings they were outstanding. They did all the hard work and bowled in the right areas. He (Ebadot) was unbelievable for us. We didn't play well in the last couple of Test matches and it was important to put our legacy to the next level. We have to forget about this win and look forward to the Christchurch Test."

Talking about the first Test, Bangladesh opted to bowl first and dismissed the Black Caps for 328, after they were 227-4 at one stage. In reply, half-centuries from Mahmudul Hasan Joy, Haque, Shanto, Liton Das and Mehidy Hasan's 47 enabled a vital 130-run lead for the Bangla Tigers. Hossain's 6-fer then rattled the Kiwis, who lost their first-ever Test at home against an Asian side after 2011 (against Pakistan in Hamilton).

The second Test gets underway on January 9 at Hagley Oval, Christchurch.