'We need to stay close and confident': Virat Kohli weighs in on India's shocking defeat in Headingley Test 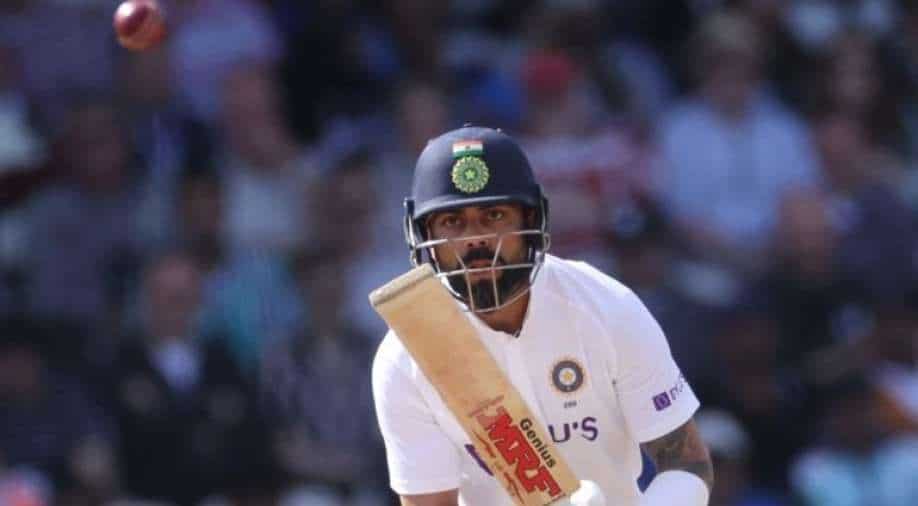 "The pressure today was outstanding from the England bowlers and eventually they got the results they wanted," Kohli said.

Skipper Virat Kohli talked about the shocking third Test loss as he opened up about India's middle-order batting collapse and praised opposition bowlers after England thrashed India by an innings and 76 runs to win the third Test at Headingley on Saturday (August 29) with more than a day to spare.

Joe Root-led team levelled the five-match series at 1-1 after India won the second match at Lord's by 151 runs and the first one ended as a draw.

During the post-match presentation ceremony, Virat said, "(It's) basically down to scoreboard pressure. Always up against it when you get out for under 80 and the opposition puts up such a big score," he said.

"But we did well to stay in the game yesterday, fight back as much as we could, and gave ourselves a chance. But the pressure today was outstanding from the England bowlers and eventually they got the results they wanted," Kohli added.

"The top order has to give enough runs for the lower middle-order to step up. We did pretty well in the first two games," he said.

"When you have a result like this, you can't take too much from it. As a batting group we need to stay close and confident; even after 36 all out (against Australia in Adelaide), we came back."

England bowlers, led by Ollie Robinson, were at their best on day four at Headingley and India had no answer!#WTC23 | #ENGvIND report 👇

On being asked about the first innings collapse, Virat said, "Quite bizarre, it can happen in this country, batting collapses. We thought the pitch was good to bat on, coming on nicely."

"But the discipline forced mistakes and the pressure was relentless. Difficult to cope when you're not scoring runs. That caused the batting order to crumble," he added.

Virat also vowed to continue with five specialist bowlers but hinted at a rejig in attack for the fourth game by factoring in the workload of speed merchants. He also dismissed the idea of playing an extra batsman, something that the great Sunil Gavaskar has been constantly advocating on air.

"If your top six (including keeper) don't do the job there is no guarantee that the extra guy can bail you out. You have to take pride in taking responsibility and doing the job for the team."

"If you don't have the ability or resources to take 20 wickets in a Test match, then you are already playing for two results and that's not how we play," he added.

India lose eight wickets on the morning of day four to set up an England victory by an innings and 76 runs!#WTC23 | #ENGvIND | https://t.co/qmnhRc14r1 pic.twitter.com/8sEWj8z1ZW

India will play the fourth Test at the Oval from September 2 and at least one, if not two, among Ishant Sharma, Jasprit Bumrah and Mohammed Shami could be rested.

"That's bound to happen as it's a logical and sensible thing to do. We don't want to push individuals to a place where they break down and that conversation is important.

"We will have that conversation with individuals and you can't expect that in a short turnaround like this guys can play four Test matches in a row. So we will assess who are the guys who will be given that many number of days to recover and be okay for the fifth one."