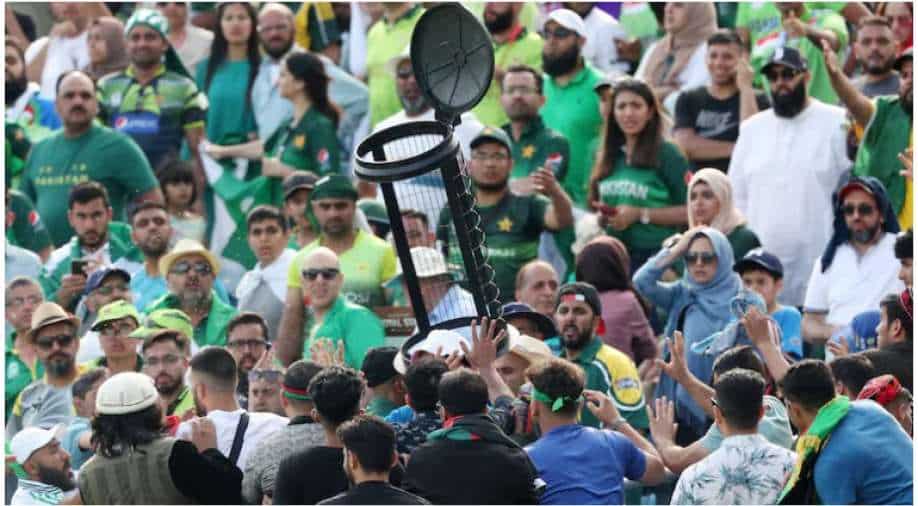 T20 World Cup 2021: When Afghanistan and Pakistan last locked horns with each other in an ICC event, during the 2019 ODI World Cup, fans from both the sides were involved in a scuffle. Here's what happened:

Pakistan and Afghanistan are meeting each other in match 24 of the T20 World Cup 2021 edition, in the UAE, during the Super 12 round. The two Asian sides have a good cricketing rivalry, but their 2019 ODI World Cup face-off led to heads being raised for all the wrong reasons.

During the high-intense Pakistan-Afghanistan face-off in the last edition of the ODI WC, a scuffle broke out between the fans of both cricketing teams outside the Headingley Cricket Stadium in Leeds. The ugly scenes took place after an aircraft was spotted flying above the stadium which carried the message - 'Justice for Balochistan'.

ALSO READ | T20 World Cup, PAK vs AFG live streaming: When and where to watch Pakistan vs Afghanistan match?

While the then Sarfaraz Ahmed-led Men in Green emerged on top of Afghanistan, in pursuit of a modest 227, courtesy Babar Azam, Imad Wasim's 49* and Shaheen Afridi's 4-fer, the match has recall value for all the wrong reasons as the fans from both sides crossed all boundaries and got involved in a scuffle. Here are the visuals:

Ahead of Pakistan-Afghanistan's clash in the T20 WC 2021, Rashid Khan urged fans to maintain decorum and not make a scene this time around. He told PTI, "After the 2019 World Cup match, whatever happened shouldn’t have happened. But this is the kind of request to all the fans, whatever there is that comes at the end, at the end of the day this game gives lots of unity to the nations and brings them together, not to have those kinds of accidents.

“Definitely it’s always a good game against Pakistan, even when we played in the 2018 in Asia (Cup). And also in terms of the 2019 World Cup. But this game should remain as a game. I think it’s a request to all the fans to stay cool and calm and just enjoy the game. This game is all about enjoyment.

“The more we just focus on the enjoyment, and as we have seen in this game, things happen, accidents happen. So I hope they remain cool and calm and just focus on enjoying the game and who plays better on the day that team wins,” he added.

Talking about both sides' campaigns so far in the T20 WC, Babar-led Pakistan top the Pool B with two wins in a row whereas Afghanistan also beat Scotland by a whopping 130-run margin in their opening fixture in Super 12.