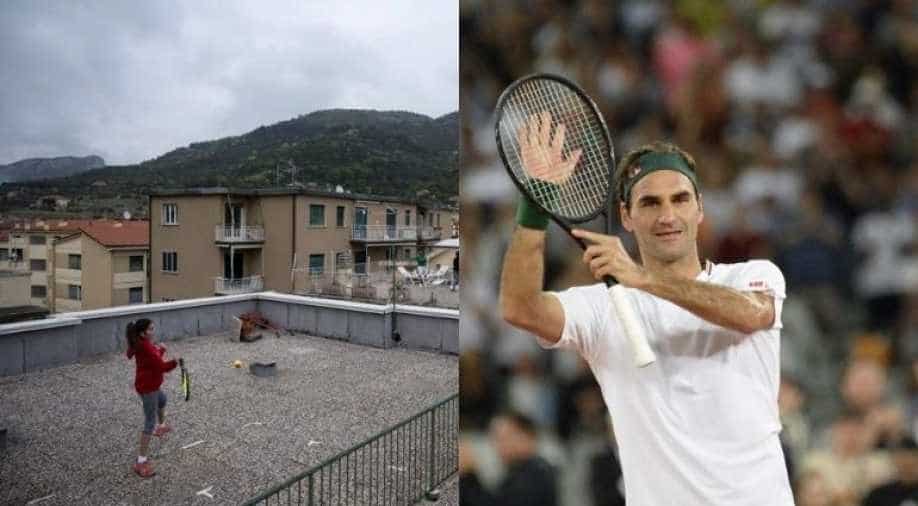 But the girls were left stunned when Roger Federer came out from behind a curtain. 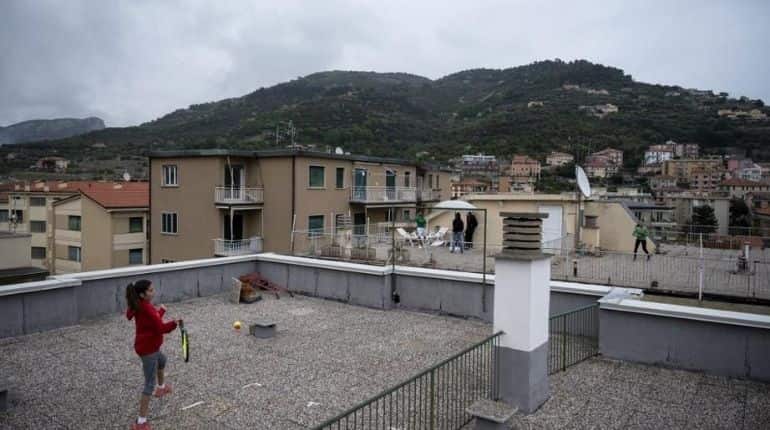 The girls thought that they were in another interview when they were asked about their favourite player.

13-year-old Vittoria was quick to respond and said: "Roger Federer. If I were to meet him, I would jump on him, or I would be starstruck." 11-year-old Carola said that she would want Federer's elegance while playing and Rafael Nadal's power.

From a rooftop match that went viral to meeting @rogerfederer.

But the girls were left stunned when Roger Federer came out from behind a curtain.

The Times quoted Vittoria, who said that she nearly fainted when he showed up.

The 20-time Grand Slam champion then played some rooftop tennis with the girls before having lunch with them.

"He figured out the distances pretty fast and started playing shots between his legs from one roof to another, which was amazing." Vittoria said.

"I didn't think he was real. I thought it was a mannequin," she added.

Federer said: "Personally, for me, that was a very special moment in my career as a tennis player to surprise a fan, or children, like I was able to with Carola and Vittoria today."

Swiss also told the girls that he had arranged for them to go to a summer camp in an academy run by Rafael Nadal.

"I have played in many cool places around the world, but this one is definitely up there for me as a special experience. We showed that we can play anywhere and have fun with it," he added.

Third year of Ricky Ponting with DC so he should deliver this time: Gautam Gambhir