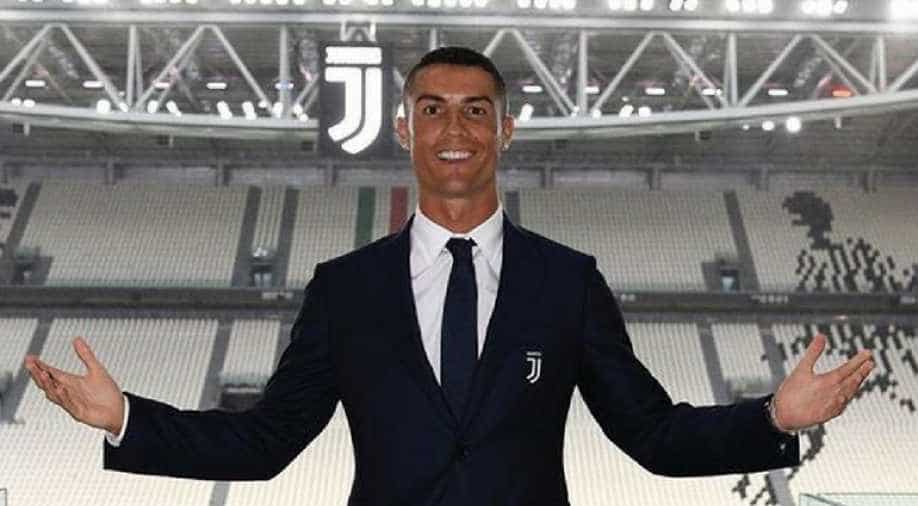 Considered as one of the best football players in the world, striker Cristiano Ronaldo on Monday night found a new job of a ball kid at the ongoing ATP Finals.

Ronaldo got involved in ball kid duties while watching world number one Novak Djokovic's opening match against John Isner of America as the tennis ball bounced into the stands near the first row where he was sitting.

Pleased to see Ronaldo watching tennis, Djokovic, who was wearing black and white, jokingly said, "I had colours of his club on my attire tonight. I`m sure he was happy to see that."It is not the first time that Juventus forward has watched any professional tennis.

Last year, the football star was in attendance to watch Spaniard Rafael Nadal beat Djokovic in the semi-finals of the Mutua Madrid Open."It is great to have big football star like him, courtside watching tennis. He used to come and watch Rafa (Rafael Nadal), Roger (Federer) and myself in Madrid.

🤲 @Cristiano - better with his feet 🤣

He's a fan of tennis," Djokovic said."He`s one of the biggest sports stars in the last decade. It is great for our sport to have him. I saw he was there with his family. Didn`t get a chance to see him after the match, but hopefully, I`ll have that chance maybe later this week," he added.

Djokovic, who went on to win the match by 6-4, 6-3 in one hour and 14 minutes, will be back in action on Wednesday when he faces Alexander Zverev of Germany.