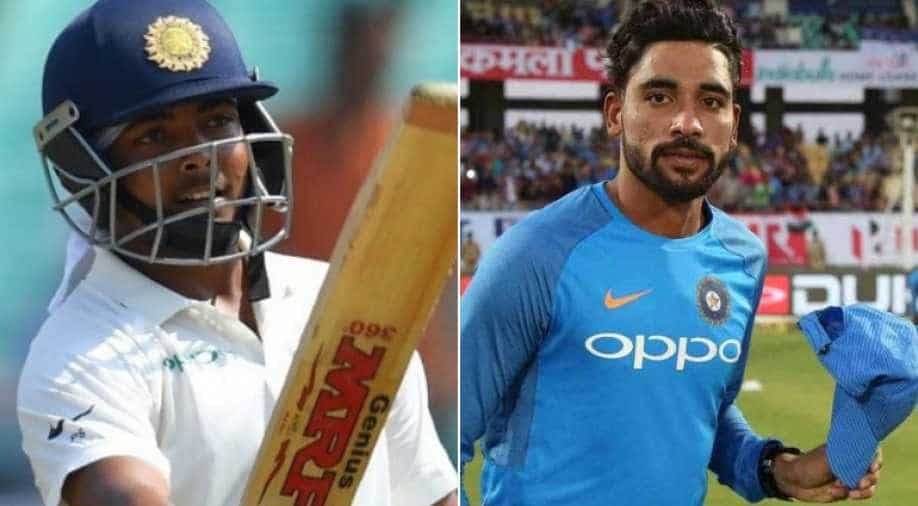 Both the young players were part of the Indian Test squad for the recently concluded West Indies series.

Indian Test team and Mumbai opener Prithvi Shaw was up against Hyderabad pacer Mohammed Siraj in the semi-final fixture of the Vijay Hazare Trophy.

Both the young players were part of the Indian Test squad for the recently concluded West Indies series.

While Shaw was letting his bat do the talking for Mumbai, Siraj was impressing with the ball for Hyderabad. During the game, Siraj troubled Shaw by bowling few well-directed bouncers.

The two then briefly exchanged a few words on the pitch before Siraj resumed bowling.

While there was no heated moment, but soon after being sledged by Siraj, Shaw responded brilliantly and smashed him for two sixes and a boundary off the final three balls of his over.

Shaw continued his fine run with the bat as he laced eight boundaries and two sixes in his 44-ball 66.

He was dismissed by Mehdi Hasan in the 12th over of the match. Mumbai won the match through VJD method (Jayadevan system) by 60 runs as they were 155/2 in 25 overs before rain interrupted play.

They will play the winner of the other semi-final between Delhi and Jharkhand.