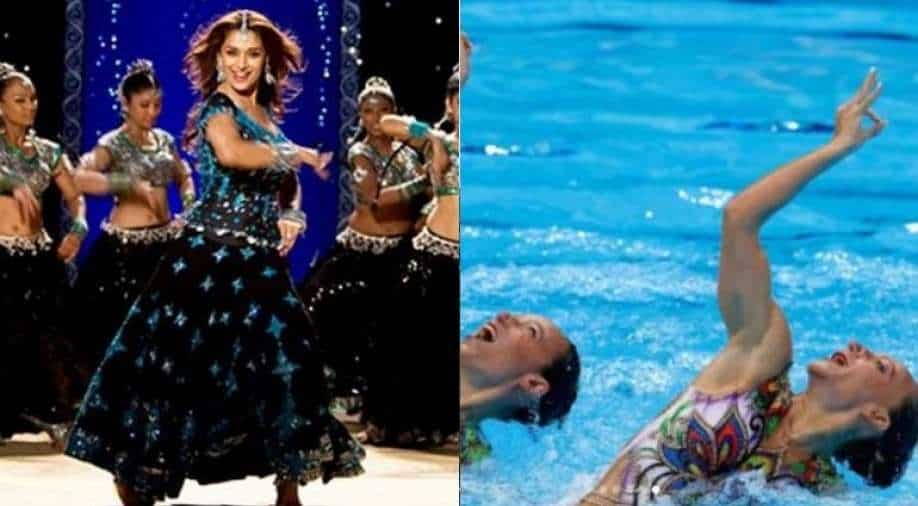 They were competing to seek qualification for the final of the women's Duet Technical Routine event. Photograph:( Twitter )

The athletes performed a part of their routine to Bollywood actor Madhuri Dixit Nene's superhit song titled Aaja Nachle from the movie with the same title.

At the Aquatics Centre, the couple was competing in the Artistic Swimming Duet Free Routine Preliminary event.

However, they weren't able to qualify for the summit clash.

The superhit song Aaja Nachle was sung as part of their performance.  A clip of their routine, performed to the Bollywood song, has been shared multiple times on social media.

On the Internet, the video has gone viral and Indian fans are all praises for the Israeli duo for adding an element of Bollywood to the Olympics.

"Thank you so much Team Israel for this!!! You have no idea how excited I was to hear and see this!! AAJA NACHLE," a social media user tweeted.

Thank you so much Team Israel for this!!! You have no idea how excited I was to hear and see this!! AAJA NACHLE!!! #ArtisticSwimming #Olympics #Tokyo2020 pic.twitter.com/lZ5mUq1qZP

The pair placed 15th with a total of 168.49 points, which was 26.51 points behind the leaders Russian Olympic Committee (ROC) and five points fewer than the top 12 qualifying points.