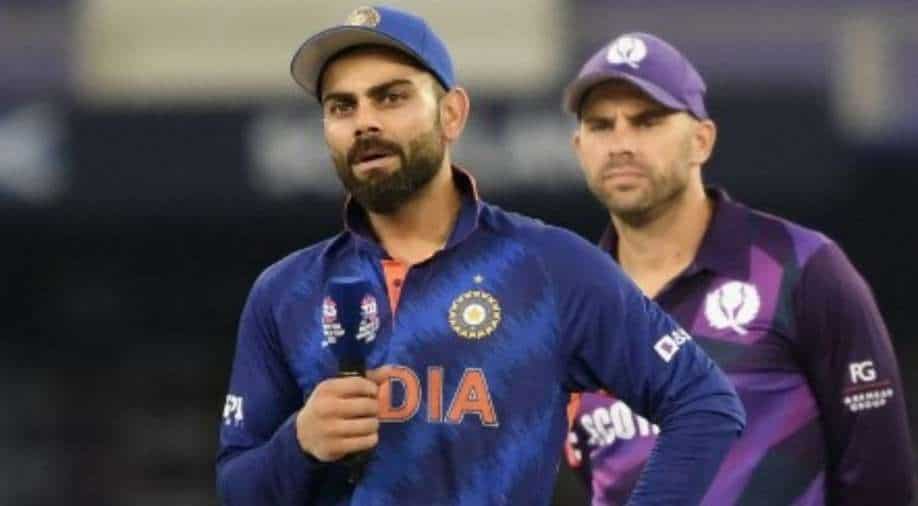 In the must-win Super 12 contest, India opted to bowl first and entered the field with one change with spinner Varun Chakravarthy back in the team

The Indian skipper Virat Kohli finally won the toss during the ICC Men's T20 World Cup match against Scotland on Friday (November 5) at the Dubai International Cricket Stadium. Interestingly, it is his 33rd birthday and winning the toss appears to be a bit of birthday luck for the Indian skipper. Kohli and his luck during toss remained in the headlines of late as he has lost the toss in 13 out of his last 15 games.

In the must-win Super 12 contest, India opted to bowl first and entered the field with one change with spinner Varun Chakravarthy back in the team in place of Shardul Thakur.

After winning the toss, Virat said, "Winning my first toss on my birthday, probably we should have played the first game on my birthday (smiles)." India suffered a heavy 10-wicket loss in their first match of the Super 12 stage against arch-rivals Pakistan.

Then the Men In Blue lost their second match against New Zealand by eight wickets, leaving them on the verge of exiting early from the tournament. The 2007 champions were finally off the mark after winning the crucial contest against Afghanistan. Now, they will have to win their remaining matches with bigger margins to improve their net run rate. And also hope results of other teams to go their way in order to make it to the semi-final.

Birthday boy got lucky;Virat Kohli wins the toss and chose to field. #INDvSCO

Kohli also said, "Try and restrict them and chase it down convincingly if the situation allows us to. The intensity from ball one is important. For us, it's just about keeping that intensity on for 20 overs. That's something we expect from people and people have done that over the years as well."