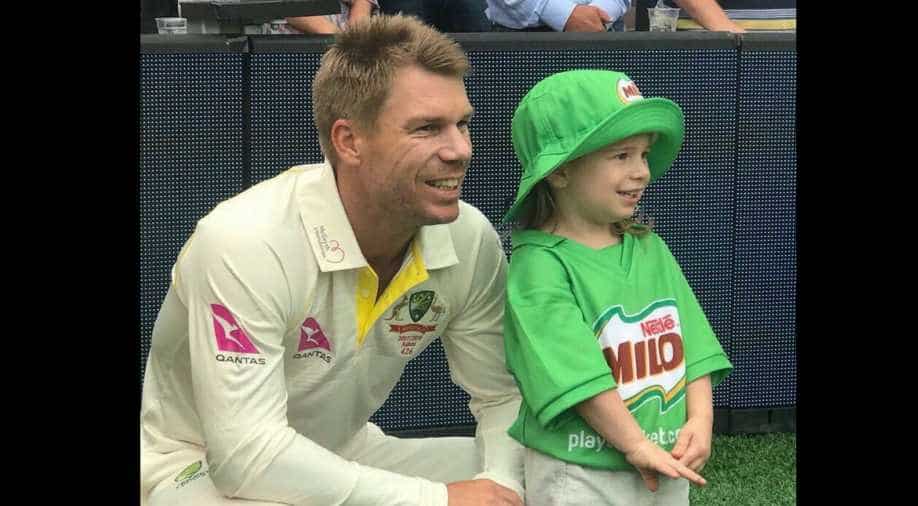 Australian star batsman, a true legend and a father of two beautiful daughters, David Warner, has shared a video on Instagram in which his elder daughter Ivy Rae was cheering for England cricket team.

Warner sportingly took it and quoted, "Thanks to the @englandsbarmyarmy for brainwashing my daughter."

England is currently on tour of Australia to play five One Day International match series of which England already lead with 1-0 and the next match of the series will be played on January 19 in Brisbane.

Thanks to the @englandsbarmyarmy for brainwashing my daughter. ????????

Jimmy is the nickname of English pacer James Anderson. He was in the Test squad of England during the Ashes against Australia. Although England lost the series, but James Anderson had played brilliantly and took 17 wickets in all five Test matches.

A lot of things in life mean the world to me but nothing more than my family. I’m extremely grateful that what I get to do for a living which allows my family to travel and be with me all the way. Support plays a massive role with not just sport but life in general. @candywarner1 the boss always does this 24/7 and could not ask for a better soulmate. #family #love