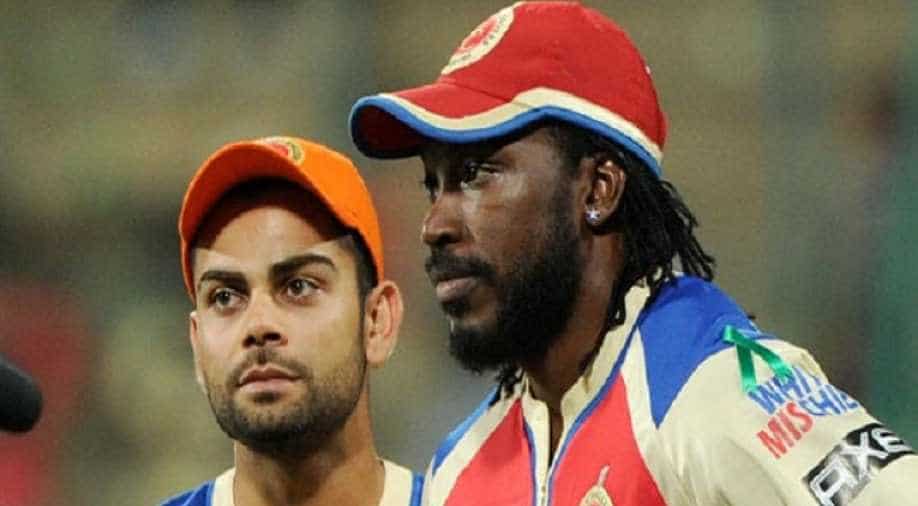 Chris Gayle was promised that he would be retained but that call from Bangalore never came. He waited but there was no communication after that assurance.

He went unsold twice in the January IPL auction, before being purchased by Preity Zinta-owned Punjab.

In the eleventh edition, the 'Universal Boss' blasted two half-centuries and a hundred after being picked him at base price.

However, the West Indian legend has struggled since that week-long break. Gayle would have hoped to make a mark against Bangalore, however, that did not happen when he was dismissed cheaply by Umesh Yadav.

His dismissal triggered a collapse and Punjab succumbed for mere 88, the lowest total in the ongoing IPL.

Bangalore skipper Virat Kohli and Parthiv Patel opened and blazed away to unbeaten 48 and 40 not respectively as Bangalore got home in 8.1 overs.

As comprehensive a victory as it can get for the @RCBTweets.#KXIPvRCB pic.twitter.com/dyCLvftjlY

With Bangalore celebrating their fifth win in this year's edition, there was one smiling face in the Punjab camp - Gayle.

The smile was followed by a scene which won hearts. Gayle and Kohli, old friends and former teammates, got together for their famous celebration and there was a loud roar from the crowd.

It brought back memories of the two partying and celebrating, when in Bangalore.

The two shook hands in their own style and later Gayle congratulated by hugging Kohli.

Gayle and Kohli have huge respect for each other. And that was what won hearts at the end of a bitterly disappointing night for King XI Punjab.