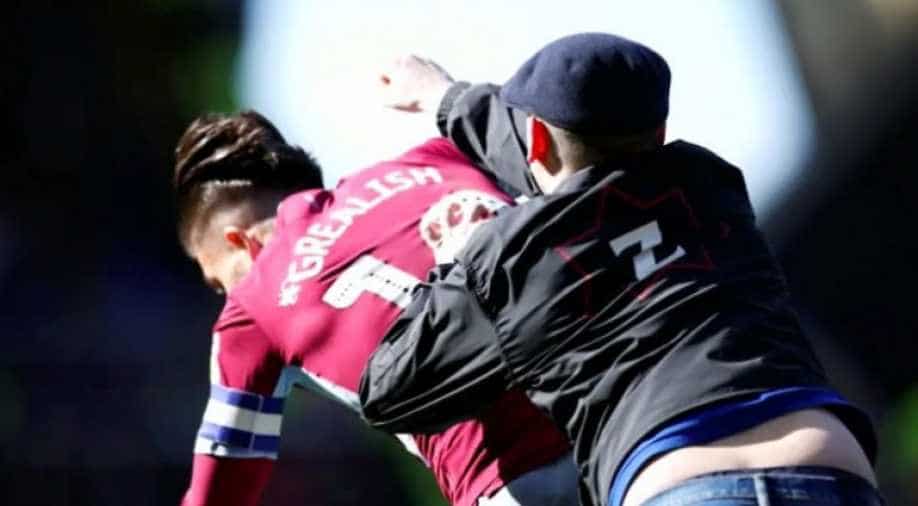 Jack Grealish was in the Birmingham penalty area in the 10th minute when a man ran on to the field and threw a punch from behind.

In a shocking incident, Aston Villa midfielder Jack Grealish was attacked and punched in the face by a pitch invader during Sunday's Championship clash against Birmingham.

The pitch invader, who was reported as a Birmingham fan, ran onto the field and threw a punch at Grealish from behind at St Andrew's Stadium.

The blow caught Grealish, who did not see the intruder coming, on the side of the head and sent him sprawling to the turf.

The match continued after stewards and security personnel had ushered the man off the pitch.

Later, West Midlands Police said the man had been arrested and it was reported Birmingham will ban the man for life from St Andrew's stadium.

"The EFL condemns the mindless actions of the individual who encroached on to the pitch at St Andrews on Sunday afternoon," a Football League statement read.

"It's a situation no player should ever be faced with."

Grealish went on to score the only goal of the game after 67 minutes to give Villa victory.