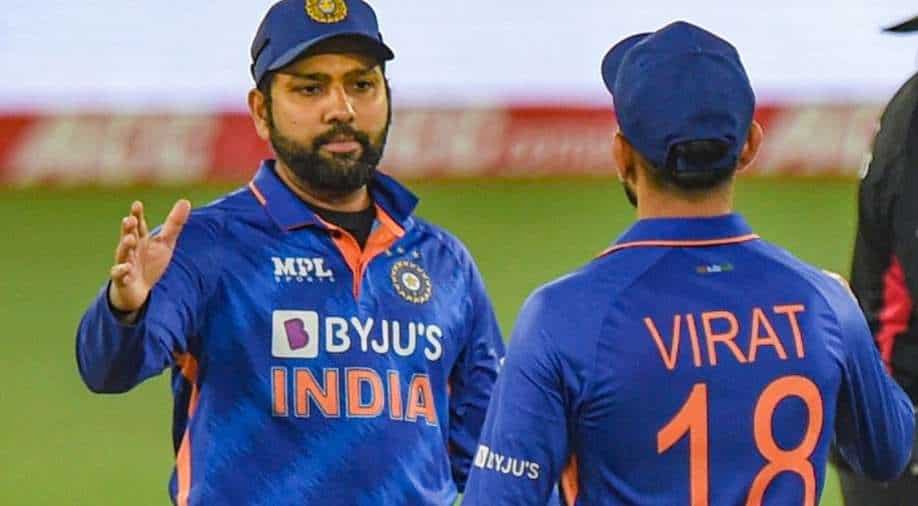 Indian skipper Rohit Sharma responds to talks about Virat Kohli's 'poor performance' and apparent 'lean patch' after leading the team to a 3-0 home series win against West Indies in the One-Day Internationals (ODI).

After a dominating performance, India registered a thumping 96-run victory in the third and final ODI at the Narendra Modi Stadium in Ahmedabad on Friday (February 11).

In the post-match virtual press conference, Sharma praised the team, especially the work done by the middle order. He said, "In one-day cricket, numbers four, five and six are very, very important numbers. Some of the greats of Indian cricket batted at that number."

He added, "I think it's a very crucial number. For us, whoever bats at four, five, six, they get enough game-time and if we have the bowling option in those guys, nothing like it. Honestly, for me, it's important for them to have as much game-time as possible. We have got a lot of candidates for that number."

ALSO READ | CSK to RCB: A look at the remaining purse of all ten teams ahead of IPL 2022 mega auction

Rohit strongly backed the former ODI skipper Kohli, who is often regarded as his rival. During the match, Kohli was dismissed for a two-ball duck.

While responding to the question on whether the team management was worried over the continued lean patch of Kohli, Sharma laughed and said: "Virat Kohli needs to be given confidence? What are you saying yaar?"

He added, "Not making a hundred is a different thing. He played in the series against South Africa, where he got two half-centuries in three games. I don't see anything wrong and team management is not worried about that."