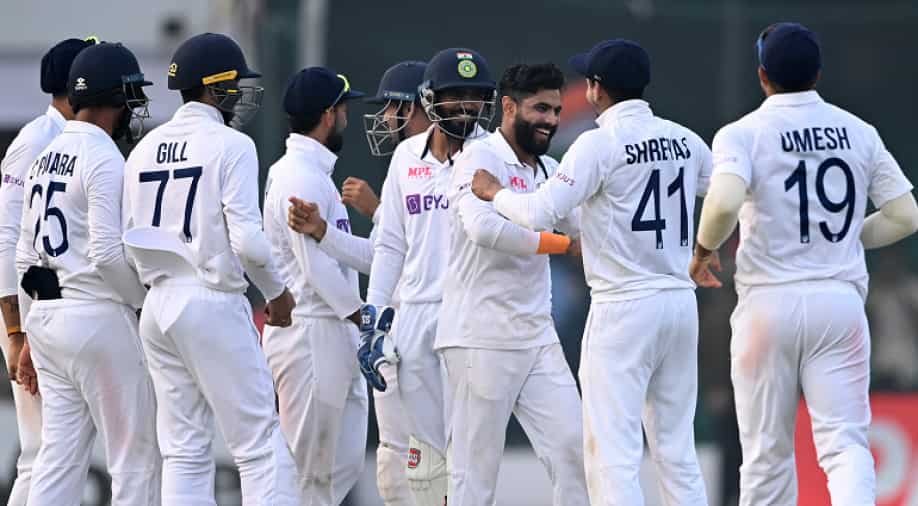 India are at the second spot on the WTC points table. Photograph:( AFP )

A look at the points table of the ongoing World Test Championship (WTC) after the drawn first Test between India and New Zealand on Monday.

India have retained the second spot on the World Test Championship (WTC) points table after a thrilling draw against New Zealand in the first Test of the ongoing two-match series in Kanpur on Monday. Rachin Ravindra and Ajaz Patel combined to deny India a win as they stood tall with an unbeaten stand for the tenth wicket on Day five of the Test match.

Shreyas Iyer made a dream Test debut for India as he notched up a century and a half-century in the two innings respectively. His 105-run knock helped India post 345 runs on the board in the first innings before New Zealand replied with 296 runs in their first innings. Iyer then scored a gritty 65 in the second innings to combine with Wriddhiman Saha (61) to bail India out of trouble and post 234 runs on the board.

New Zealand were handed a target of 284 runs in their final innings with nine wickets left heading into the final day. Opener Tom Lathan (52) and nightwatchman William Somerville (36) batted out the entire first session to keep the visitors in the game before the Indian bowlers got the hosts back into the contest with three wickets in the second session and five wickets in the final session.

However, due to bad light, the game had to be called eleven minutes early as Patel and Ravindra stood tall to deny India the tenth wicket. India were forced to settle for a draw which meant they managed to take only four out of the available twelve points from the Kanpur Test.

India are currently at the second spot on the WTC points table with 30 points from five matches. The teams are noe ranked on the basis of the percentage of points. While the winning teams get 12 points (100%), each team gets 6 points (50%) for a tie and 4 points (33.33%) for a draw. The teams are also penalised for slow over-rate.

The WTC points table after India's draw against New Zealand: 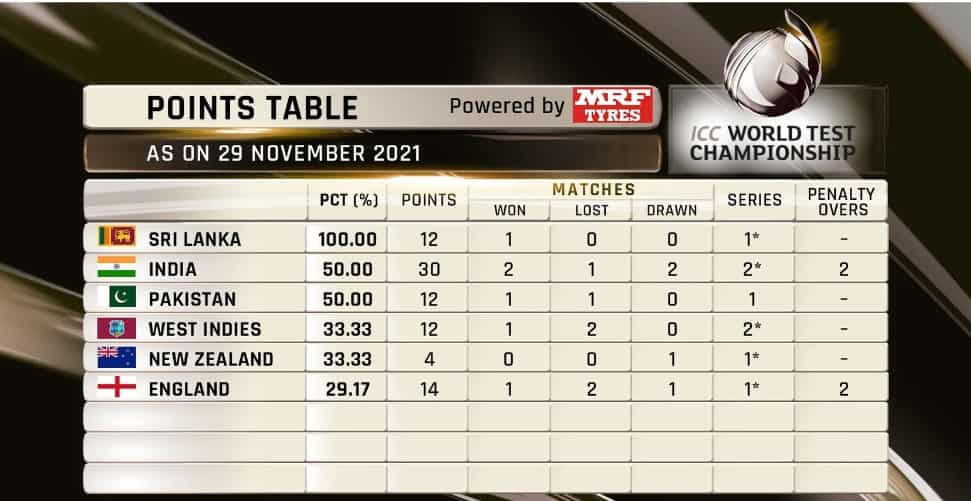 Also Read: None like The Wall! Rahul Dravid donates generously to groundstaff for sporting track in Kanpur Test

India will look to bag a win and clinch the two-match series when they lock horns with New Zealand in the second Test of the series. The second Test will be played at the Wankede Stadium in Mumbai from December 03. Virat Kohli will return to lead the Indian team in the final game.