Umran Malik in or out? Kane Williamson-led SRH's predicted playing XI for IPL 2022 clash against RR 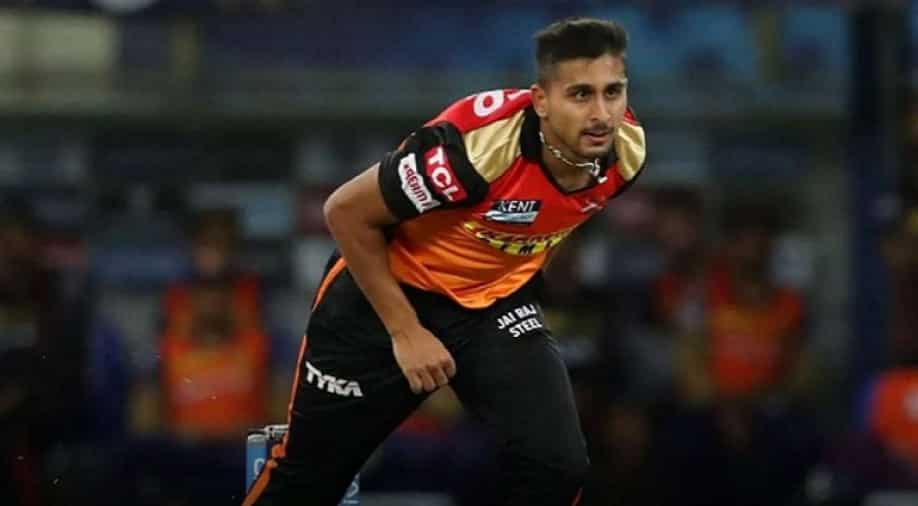 Will Umran Malik make the cut for SRH in their game against RR? | Photo - IPL | Photograph:( Others )

Sunrisers Hyderabad will be taking on Rajasthan Royals in their IPL 2022 opener with a new-look playing XI at the MCA Stadium in Pune on Tuesday.

Sunrisers Hyderabad (SRH) will be looking to start afresh when they lock horns with Rajasthan Royals (RR) in their opening game of the ongoing Indian Premier League (IPL) 2022 on Tuesday (March 29). Sunrisers Hyderabad had a disappointing campaign in IPL 2021 last year as they finished at the bottom of the table after managing only three wins in their 14 league matches.

SRH had sacked David Warner as their captain midway through their campaign in IPL 2021 before appointing Kane Williamson as their permanent skipper. Warner was released by the franchise along with ace spinner Rashid Khan as SRH retained only three players ahead of the IPL 2022 mega auction last month. They retained Williamson along with two uncapped Indian talents - Umran Malik and Abdul Samad to build a squad from the scratch.

SRH spent big at the mega auction and roped in some big names like Nicholas Pooran, Marco Jansen, Aiden Markram and Romario Shepherd among others. They also bought back their pace duo of the experienced Bhuvneshwar Kumar and yorker specialist T Natarajan.

The one-time champions further bolstered their squad by also roping in the likes of Washington Sundar, Rahul Tripathi and Kartik Tyagi among others, who are all expected to play a key role for the franchise this season. While Tripathi is likely to open the batting with Williamson, Sundar will strengthen the middle-order.

SRH also paid big for uncapped Indian all-rounder Abhishek Sharma, who can be destructive with the bat on his day and can also be handy with the ball. He is one of the strong contenders to open the batting with skipper Williamson but SRH might opt for Tripathi to bat at the top with Sharma in the middle order. Pooran and Markram can take the no.3 and 4 spot respectively followed by Sharma and Samad as finishers.

Sundar in the lower-middle order will allow SRH to bat deep and have a solid depth in their bowling department. Romario Shepherd can be the other all-rounder in the side and a lot will depend on his form with the bat. Bhuvneshwar is expected to spearhead the pace attack consisting of T Natarajan and Kartik Tyagi. Though Malik was one of the payers retained by SRH, he might have to wait for his chances.

Also Read: A new dawn at CSK as MS Dhoni springs a surprise for one final time