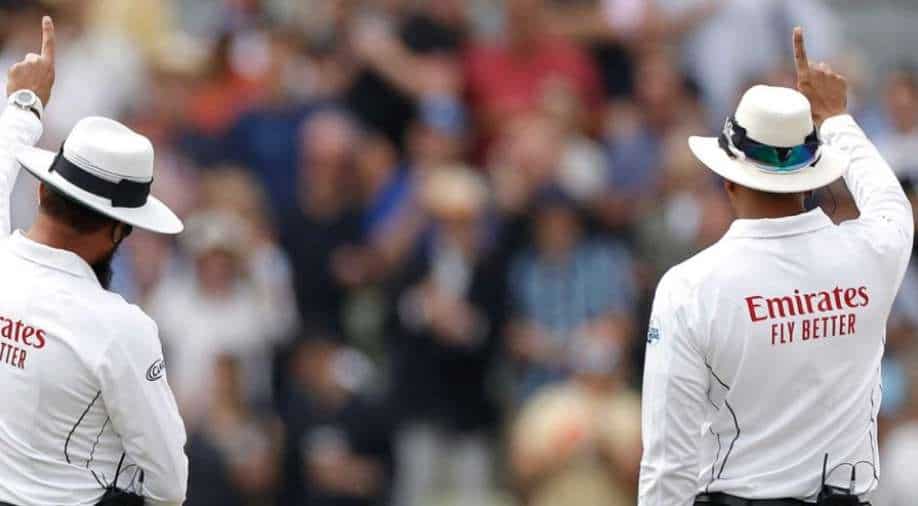 Tweak the rules or else cricket's soft signals will end up as football's VAR Photograph:( AFP )

Technology was introduced in the world of sports to cut-off human errors and take the pressure off the officials. While the goal-line technology in football and ultra-edge in cricket have helped the referees and umpires massively in marginal calls, the implementation of VAR (football) and Decision Review System (cricket) have left the fans with more questions than answers about both sports.

Technology was introduced in the world of sports to cut-off human errors and take the pressure off the officials. While the goal-line technology in football and ultra-edge in cricket have helped the referees and umpires massively in marginal calls, the implementation of VAR (football) and Decision Review System (cricket) have left the fans with more questions than answers about both sports.

In football, fans and players have witnessed crucial goals ruled out due to off-sides wherein the VAR decided to take the edge of the boots, arm-pits and whatnot, into account. In cricket, there have been debates on 'umpire's call’ and 'soft signals'.

According to ICC, "soft signal is the visual communication by the bowler's end umpire to the third umpire (accompanied by additional information via two-way radio where necessary) of his/her initial on-field decision prior to initiating an Umpire Review."

In 2018, Steve Smith suffered a controversial dismissal during the third ODI against England in Sydney after Jos Buttler claimed a low catch off Mark Wood. The then-Australian captain didn't mince his words as he said he's not a big fan of the soft signal.

"I'm not sure I'm a big fan of the ruling with the soft signal. That's obviously the ruling at the moment and it's hard to overturn anything," Smith had said.

"We've seen a few this summer that have been pretty similar and if the fielder goes up and actually celebrates, they usually get given out and if you're a bit apprehensive of what's happened, they normally get given not out. It's hard for them to overturn the decision. I'd actually like for the third umpire to have to make the decision whether it's out or not. Just them having to do it, if that makes sense."

Skip to 2021, the cricketing world witnessed a similar incident when Suryakumar Yadav lapped the ball to deep square-leg as Dawid Malan appeared to have plucked a stunner. The on-field umpires discussed and referred the decision to the third-umpire while giving the 'soft-signal' as out. The slow-motion replays suggested that the ball had touched the ground in between Malan's fingers.

However, the third-umpire, after checking a couple of angles, said that there was no conclusive evidence to overturn the on-field call. Suryakumar Yadav departed after a blistering knock but at a time when his knock should have become the talking point, fans and pundits debated the controversial call. 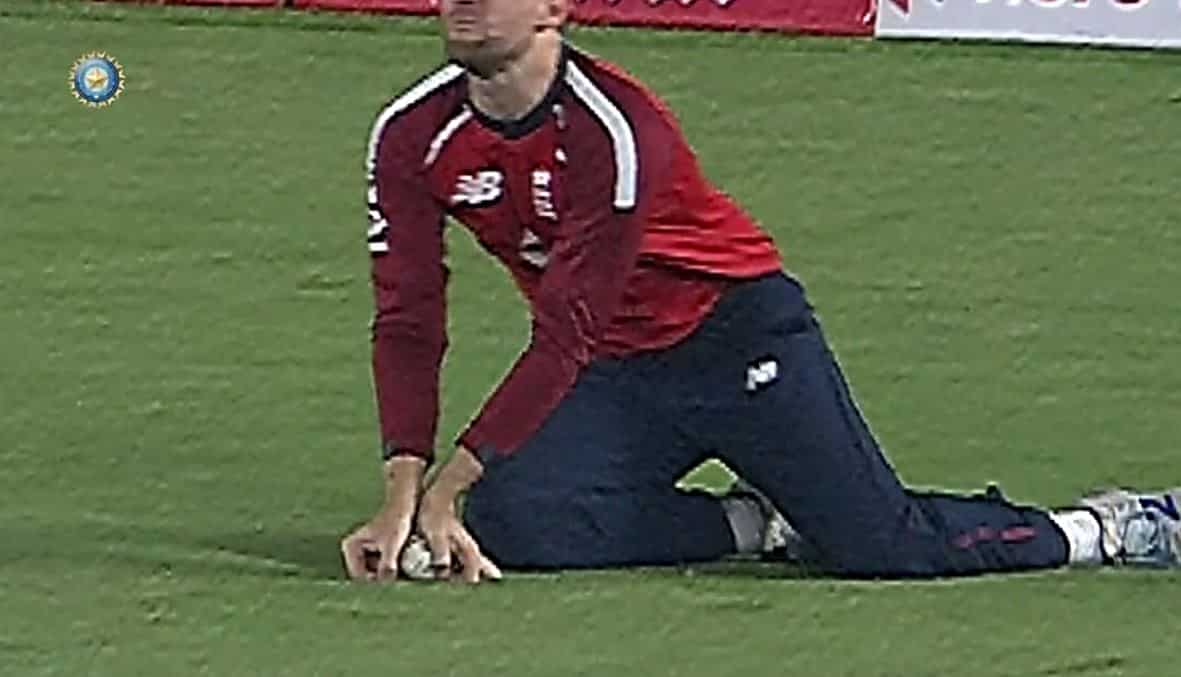 Indian skipper Virat Kohli, during the post-match presentation, asked why can't there be an 'I don't know' call from the on-field umpire. Kohli had a fair point as the on-field umpire was standing approximately 60-70 metres away from the point where the catch by Malan was taken and it is humanly impossible to spot a close catch from that distance.

“There was an instance during the Test series when I was next to Jinks and he clearly caught the ball but he wasn't sure so we went upstairs. If it is a half and half effort and the fielder is in doubt, there is no way the umpire from the square leg can see it clearly. The soft signal becomes that important and it becomes tricky,” Kohli quipped.

“I don't know why there can't be an 'I don't know' call with the umpires as well. It is similar to the umpire's call as well. These are decisions that can change the course of the game, especially in these big games. We were on the receiving side today, and tomorrow it could be some other team. You want these ironed out and keep the game really simple and linear. It isn't ideal in high-pressure games and we want a lot of clarity on the field,” the Indian captain added.

How can this be out. When you are not sure whether the ball was taken cleanly after watching so many replays using top class technology and still go by the soft signal given by the on-field umpire. I think this rule needs to be revisited and changed. #INDvsENG pic.twitter.com/b5XMdH8qEz

Everyone agrees that umpiring (in cricket) and refereeing (in football) is tough ask for a human body and eye. And that is why technology has been introduced – to cut-off the human errors and to ease the pressure off the umpires. But as things stand, the usage of technology is complicating the game more than ever.

The fingers are not pointed towards the umpires here, the simple question being asked is if the players and officials are adapting to technology then why can't the rules be tweaked to make the implementation of technology much easier and less complicated. 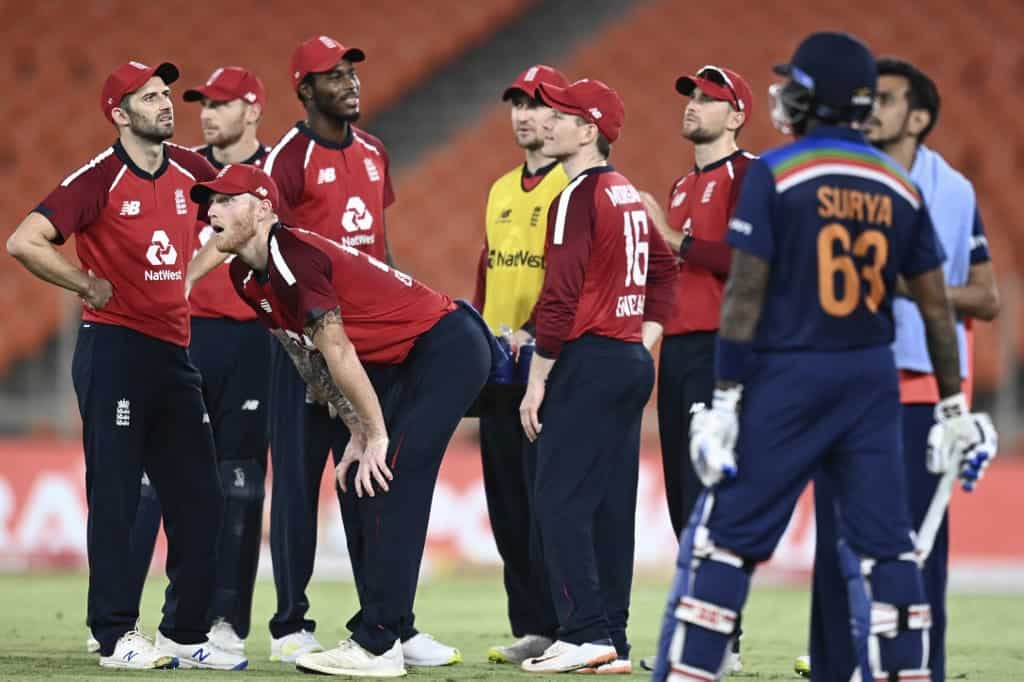 It is not something that the MCC – the guardian of the Laws of the game - hasn't discussed at all. In early 2021, the MCC World Cricket committee had discussed changes to 'soft signals’ for catches taken outside the 30-yard circle, albeit with no conclusion.

“The committee felt that the soft-signal system worked well for catches within the 30-yard fielding circle, but that catches near the boundary often left the umpires unsighted. It was proposed that, for such catches, the on-field umpires could give an ‘unsighted’ instruction to the TV umpire, rather than the more explicit soft-signal of Out or Not out,” the MCC statement read.

Pundits and cricketers such as VVS Laxman, Graeme Swann, Dinesh Karthik, Mike Atherton, Virender Sehwag, Wasim Jaffer among many others have questioned the 'soft-signal' and the decision taken during the fourth T20I between India and England in Ahmedabad.

Football fans have already been infuriated by the VAR and some of the marginal (read controversial) calls taken for off-sides and hand-balls. So much so that there have been calls to dismantle the VAR and go back to the basics.

For cricket, while there is a fair shout that technology isn't 100 per cent fool-proof when it comes to ball-tracking and LBW calls with 'umpire's call' coming into the play, 'soft-signal' for tight catches is simply ruining the fun and diverting the attention from the cricketing action itself.

Personally, and do bear in mind that as a bowler I thought everything was out, I think that was a stinking decision.

ALSO READ: What Rishabh Pant did against Anderson, Archer is outrageous, say Dilshan and Maharoof

Third-umpire Virender Sharma didn't help his case by giving Washington Sundar out, when fielder Adil Rashid's foot appeared to have touched the boundary padding, the soft-signal by on-field umpire was again out – for an incident that again happened 60-70 metres away from the umpire. The officials were just going by the rules – to give a judgement on the appeal. 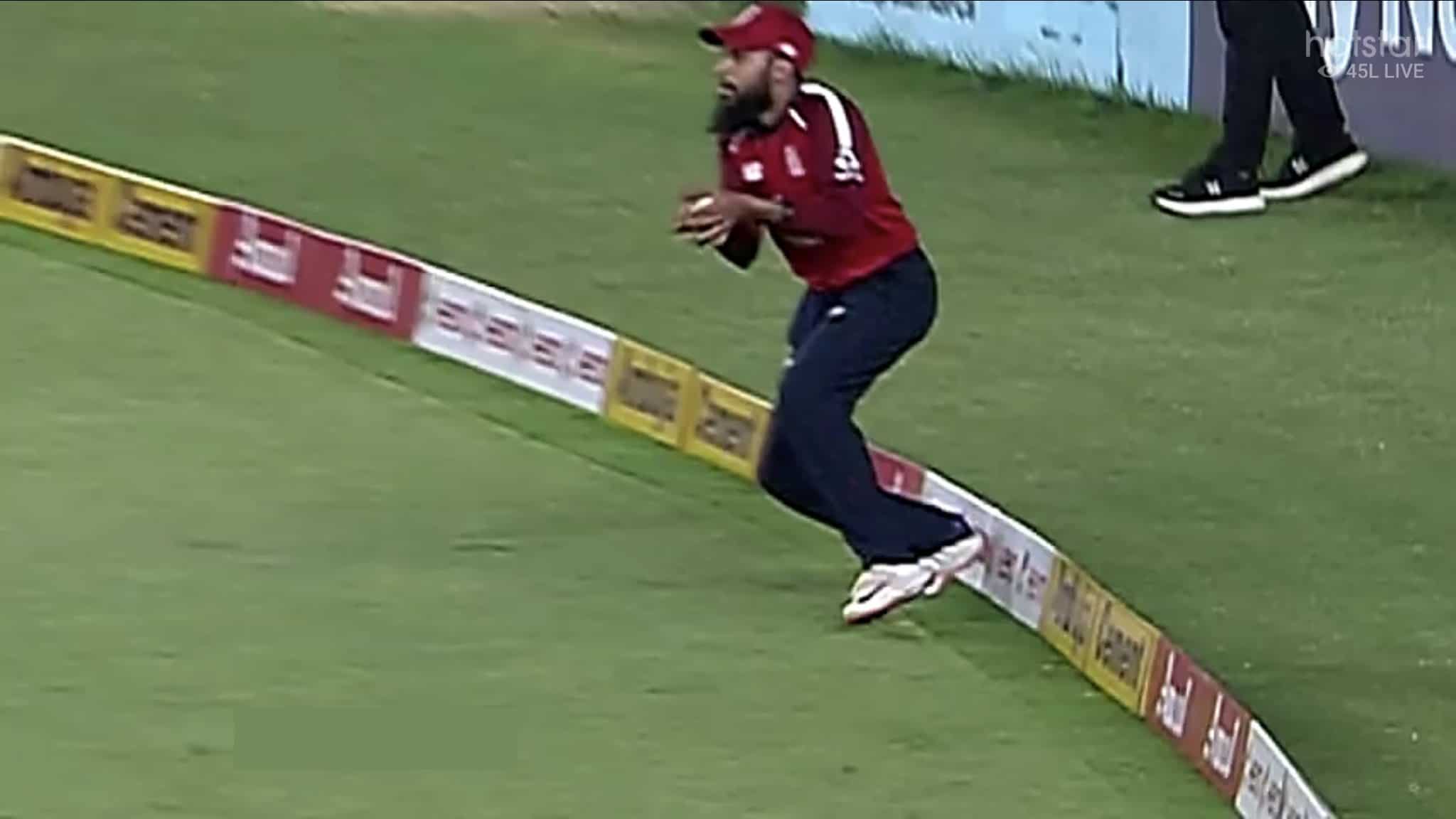 The term 'soft-signal' consists of the word 'soft' but as the laws are designed, it is definitely making life 'hard' for the officials. Neither it is giving the on-field umpires the power to make a one-time call nor it is providing the third umpire with the power to counter the decision with all the technology in the world available.

At a time when players are adapting to technology, it is high time for the guardians of Law to adapt to it as well. The world is evolving and so is cricket. At a time when the gentlemen's game is gaining the eyeballs of more countries, it is in everyone's best interest that the rules are kept as simple as possible.

The rules need to be tweaked now or it could result in ICC World Cup 2019 final-like incident where the match was decided on 'boundary count’ - a rule that was scrapped after a couple of months.

The question remains, will the MCC World Cricket committee act now or will it wait for another World Cup '19 final like incident to happen? Remember, technology was introduced to make life simpler not to make it even more complicated.