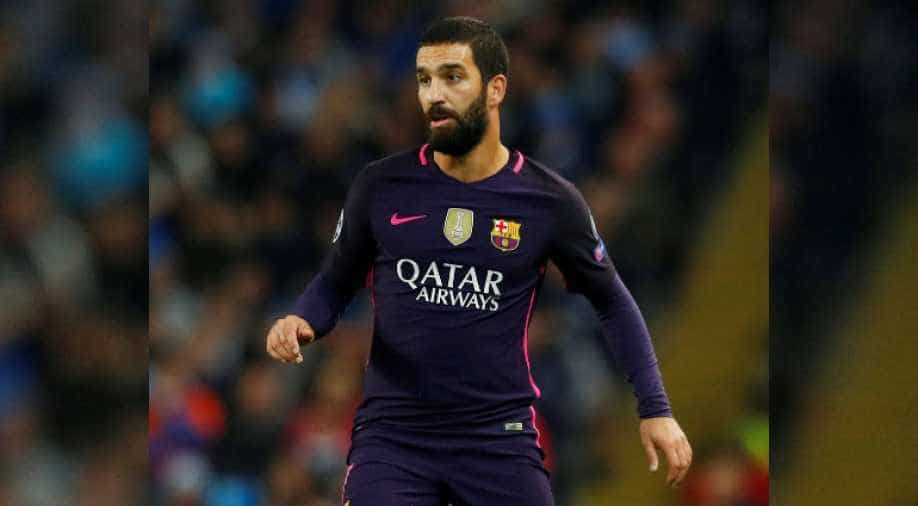 Turan will continue to fulfil his professional obligations until a judicial decision is reached, the Istanbul club said.

Barcelona midfielder Arda Turan, currently on loan with Turkish club Basaksehir, has been charged over a clash with a prominent singer, and prosecutors are seeking up to 12-1/2 years in jail for the Turkey international, state media reported on Tuesday.

Turan has been accused of sexual harassment, unlicensed possession of weapons and causing intentional injury over the fight with singer Berkay Sahin, Anadolu news agency said.

"The alleged acts committed by our football player during the 3-day leave given to him for national team matches are in no way consistent with the ethical and professional understanding of the club," Basaksehir said in a statement.

Turan will continue to fulfil his professional obligations until a judicial decision is reached, the Istanbul club said.

He was summoned to a police station last week to give a statement about the incident, which took place at an Istanbul nightclub and reportedly left Sahin with a broken nose.

Sahin has also been charged by prosecutors who are seeking a jail sentence of up to two years for him.

Turan has not played this season due to a 16-match ban for shoving and verbally abusing a linesman during a game at the end of last season.

He joined Barcelona from Atletico Madrid for $39.4 million in 2015, winning six trophies, making 55 appearances and scoring 15 goals for the Catalan club.

Turan has played for Turkey 100 times and scored 17 goals for his country.