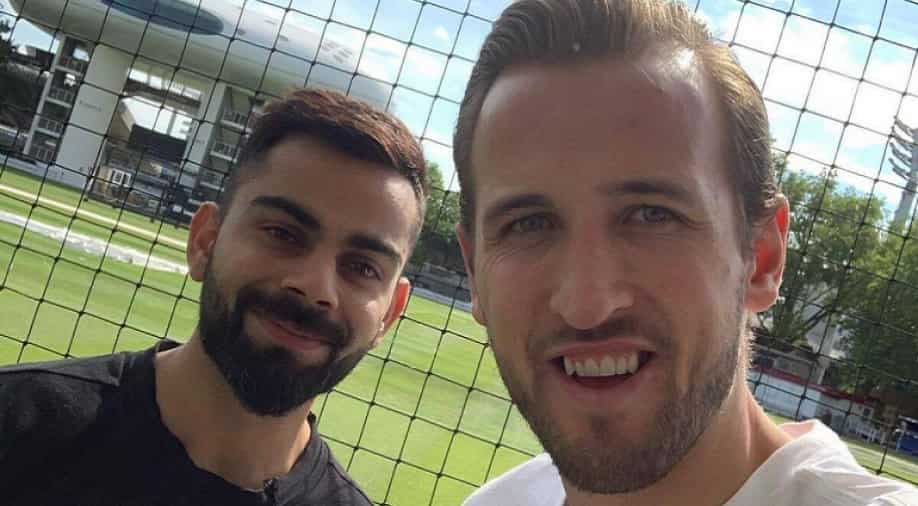 Tottenham Hotspur striker Harry Kane recently revealed his favourite Indian Premier League (IPL) team as cricket fans around the world continue to enjoy the ongoing 15th edition of the tournament. IPL 2022 which got underway in March this year has so far produced a number of enthralling contests between the ten teams which are part of the competition.

Kane, who is a huge fan of Virat Kohli having met the former Royal Challengers Bangalore (RCB) captain a few times, said he is a fan of RCB due to his equation with the batting maestro. Kane, who is one of the best strikers in the world at present, believes RCB has picked some good players this season and hopes they can do well.

Kane spoke about his love for Kohli and RCB in a video shared by Star Sports. The England football team captain said he likes watching all IPL teams but RCB are his favourite.

“So my team is RCB. I have been lucky enough to meet Virat Kohli a few times and speak with him. They have picked up some good players this time," said Kane.

“They were unlucky last year but they did the right things this year, they started well. There are some great teams at the IPL. I just like watching all of them to be honest but hopefully, RCB can go well,” he added.

Hey @imVkohli, @SpursOfficial's @HKane wants to know how you became such a great batter! ☺️

Kohli might be undergoing a rough patch with the willow in recent times but remains one of the bet batters in the world. He has been a prolific run-getter across formats over the years and has also been a run machine for RCB in the IPL. Lauding Kohli for his batting heorics, Kane called the former RCB skipper 'incredible to watch'.

“Virat is incredible to watch. A real down to earth guy. He has fire in his batting and passion when you watch him play which is great to see,” said the Spurs star.

“We have been playing cricket for a year and a half and so we were playing pretty much once or twice a week and that was good fun. We enjoy playing cricket, obviously, the IPL is on at the moment so we’re enjoying watching that as well,” he added.

Kohli has not been on top of his game for RCB so far this season with only 119 runs in seven matches for his team. He was dismissed on a duck in RCB's last game against Lucknow Super Giants and will be looking to bounce back strongly when the Faf du Plessis-led side take on Sunrisers Hyderabad on Saturday.