Tokyo Olympics: US beats Canada in Softball as Monica Abbott strikes out nine 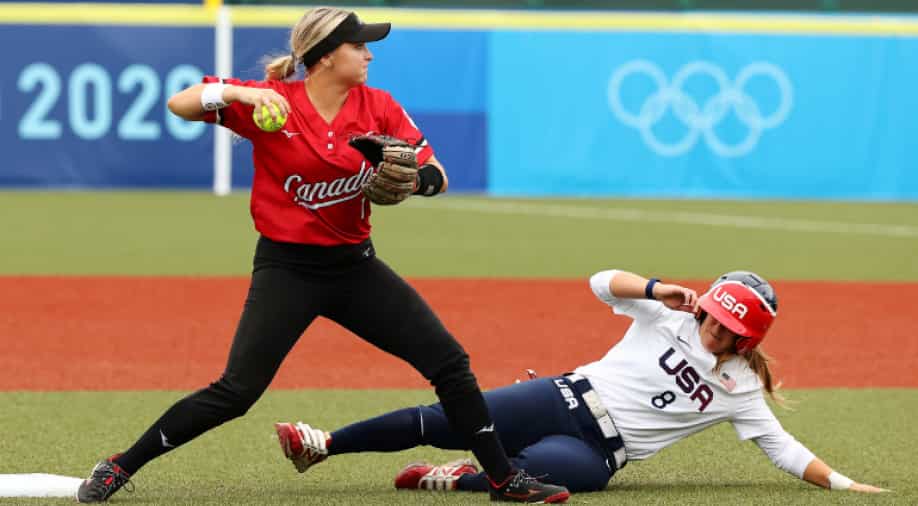 Monica Abbott returned to the same spot on the bench with a toothful grin after her first six dazzling frames and The United States scored a 1-0 victory over Canada.

The United States scored a 1-0 victory over Canada as US pitcher Monica Abbott dominated the Canadian batters from the start on the second day of softball at the Tokyo Games.

For seven innings, Canadian batters chased pitches off the plate and failed to make contact on 116 kilometres per hour tosses from one of the game's fastest throwers and a five-time Japanese league most valuable player.

Monica Abbott returned to the same spot on the bench with a toothful grin after her first six dazzling frames. She towelled sweat off her arms, placed a cold pack on the back of her neck and sipped fluids from her pink water bottle. The routine paid off.

Abbott struck out nine in all, walked three and gave up one hit.

After recording the game's final out, the 1.91-metre (6-foot, 3 inches) left-hander wrapped her arms around catcher Aubree Munro.

"For us to hold down a tough offence and let the defense work, it felt really good," Munro said afterwards.

McCleney also threw out pinch runner Joey Lye to prevent her from scoring on a Sara Groenewegen double to right center.

Groenewegen, who returned after a four-inning, no-hit start on Wednesday, held the United States scoreless in the first two innings.

The second of five days of round-robin play leaves the U.S. at 2-0 in the standings and Canada 1-1. The top four out of six teams advance to medal games. Japan jumped to a 1-0 lead in Thursday's second game, with a few minutes of drizzle in the first innings forcing players to rush gear under tents. Play was not stopped.

Italy take on Australia later. The action breaks on Friday for the opening ceremony of the Games.