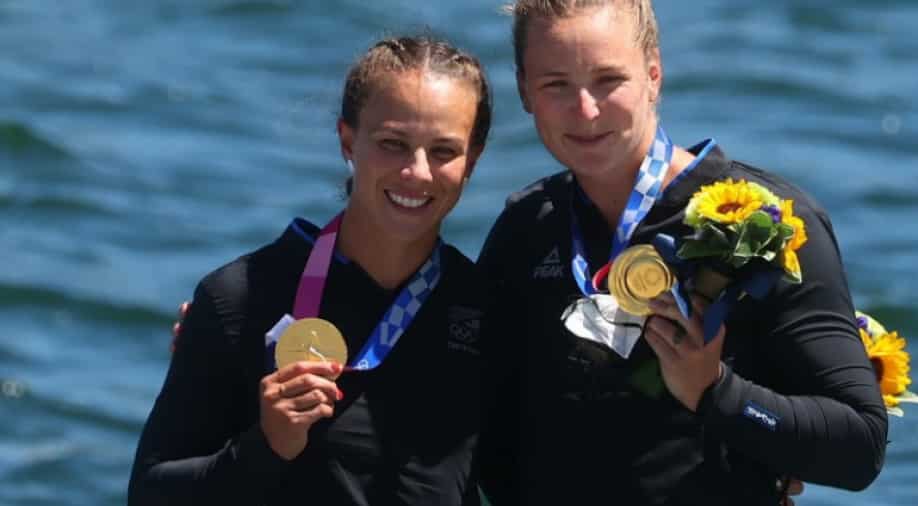 New Zealand has hailed its athletes for an "incredible" Tokyo Games as the country of five million burnished its reputation for punching above its weight with a record medals haul.

"We have really enjoyed how the team has come together.

"I think partly because of the fact that we haven't had family and friends ... over here with us, it has been a really tight-knit team feeling and we've all drawn a lot of inspiration from each other's success."

New Zealand's tally was boosted by canoe sprint sensation https://www.reuters.com/lifestyle/sports/canoe-sprint-hungarys-csizmadia-briton-heath-ease-into-final-2021-08-05 Lisa Carrington, who became the country's most decorated Olympian with a three-gold haul at Tokyo, while claiming her third successive kayak single 200 metres title after Rio and London.

But Waddell was thrilled by unexpected minor medals in boxing and trampoline.

"All those medals were across 11 different sports which is a great thing for New Zealand because it's not just one sport that's delivering," he said.

"What Dylan Schmidt did in trampolining, what David Nyika did in boxing, those show a pathway for other young kids in New Zealand who might be able to follow in those footsteps and achieve at the same sort of level."

Following on from victory over cricket powerhouse India in the inaugural World Test Championship final in June, the Olympic haul continues New Zealand's track record of doing more with less.

"We're very collaborative," said Waddell. "We work together well and we're big enough that we can do that but not so big that we're clumsy."