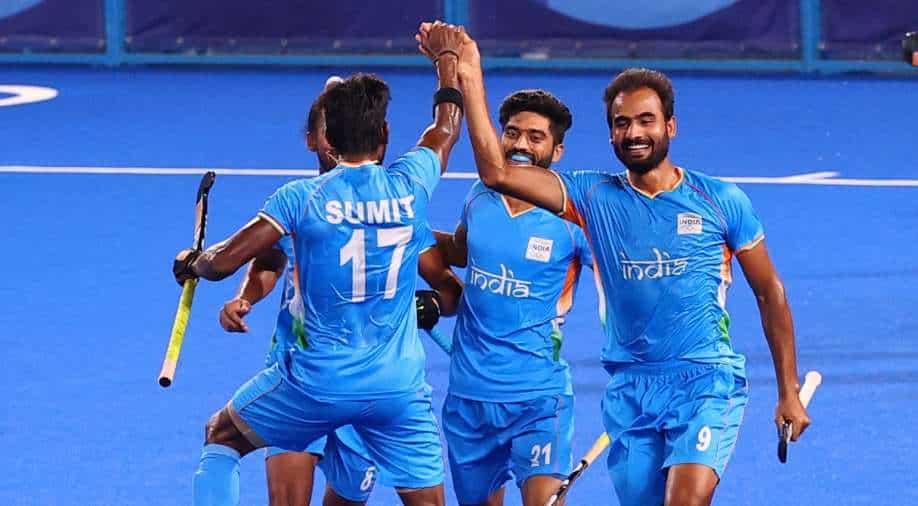 It has been a decent excursion for India men's hockey group in Tokyo Olympics up until this point, crushing New Zealand 3-2 in their initial group game, and then getting wins upon Germany (2-0), Spain (3-1), Argentina (3-1), and Japan (5-3).

India crushed Great Britain 3-1 in the men's hockey quarter-final to acquire a spot in the semi-finals at the Tokyo Olympics. The Manpreet Singh-drove side will go head to head against the 2018 titleholders Belgium in the keep going four on Tuesday.

India took advantage of the defensive mistakes from Great Britain since the beginning of the match. A relaxed exertion from the Britain defense permitted Simranjeet Singh to put his stick and take the ball. He passed it to Dilpreet Singh who was not being covered by anybody and he scored his second goal.

India's subsequent goal came towards the beginning of the second quarter as Indian midfield captured a pass from Britain and made a long pass to Gurjant Singh inside the circle. Gurjant picked the ball, contorted, turned, and struck it into the net to double India's lead.

Skipper Manpreet Singh was given a yellow card, and India went one man down, maybe Britain may push the match to a shootout. Yet, Hardik Singh created a moment of mastery with 3.25 minutes left on the clock, as he scored another goal to stretch out India's lead to 3-1.

Amidst rehashed attempts, Britain couldn't get another in the last three minutes and were dispensed with. Indian players enjoyed and emotionally celebrated on the turf, having made it to the semifinals.

It has been a decent excursion for India men's hockey group in Tokyo Olympics up until this point, crushing New Zealand 3-2 in their initial group game, and then getting wins upon Germany (2-0), Spain (3-1), Argentina (3-1), and Japan (5-3) in the group matches. Apart from the 7-1 loss against Australia, India have dominated all their matches.