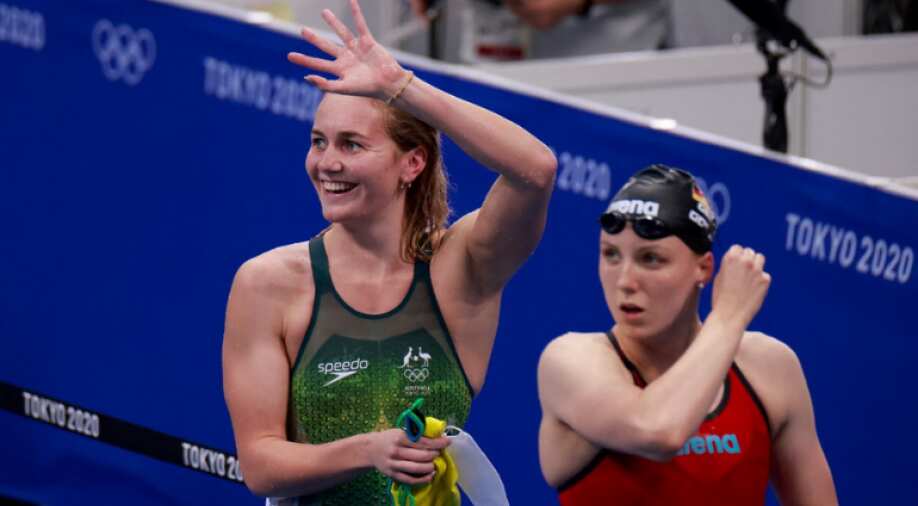 Ariarne Titmus inched clear over the final 50m to touch in 3min 56.69sec. Only world record holder Katie Ledecky has ever gone quicker.

Ariarne Titmus upset Katie Ledecky to claim the Olympic 400m freestyle gold medal Monday in the second-fastest time ever swum, with the American great having to settle for second.

The Australian inched clear over the final 50m to touch in 3min 56.69sec. Only world record holder Ledecky has ever gone quicker.

"At the 200, I was a little bit worried, like I knew she would be there. No-one's going to come to an Olympics, especially Katie Ledecky, unprepared," said Titmus.

"So I guess I just had to trust myself. I tried to stay as composed as I could and use the speed that I have.

"To pull it off in the backend against someone who has an amazing second half of her race, I'm really proud of that."

Ledecky came to Japan on the back of winning four gold medals and a silver at Rio in 2016, but Titmus has been snapping at her heels, ousting her as world champion in 2019 and topping the timesheets this season.

"I think I flipped at the 300, I saw she was there. I just wanted to give all I had, I fought tooth and nail," said Ledecky.

"I can't be disappointed with that, it was a good time from me, an awesome swim by her."