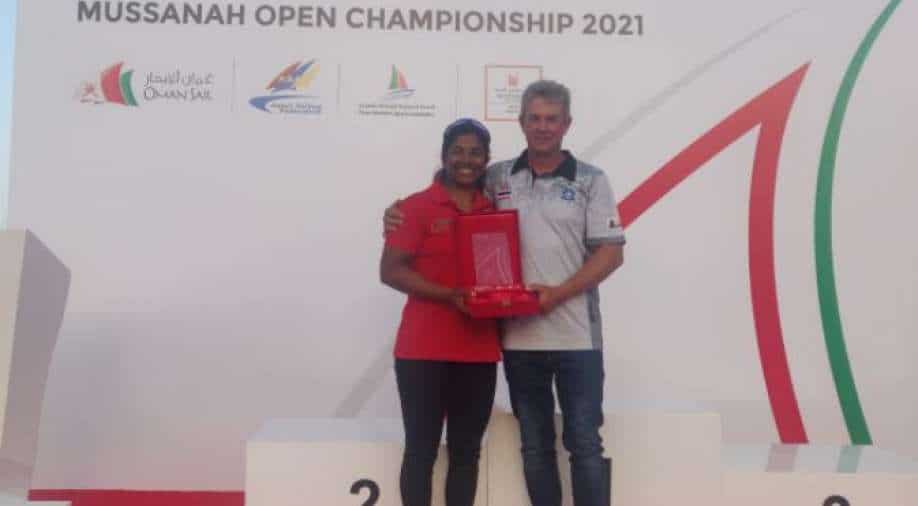 India's first-ever woman Sailor at the Olympics Photograph:( Others )

For most people the lockdown year 2020, was all about adjusting to a new normal, but for 22-year old Nethra Kumanan, it was all about slogging twice as hard, with the same consistency every single day in Gran Canaria, Spain. Nethra is gearing up for the 2021 Tokyo Olympics, as the first Indian woman sailor to make it to the highest level of the competitive sport.

For most people the lockdown year 2020, was all about adjusting to a new normal, but for 22-year old Nethra Kumanan, it was all about slogging twice as hard, with the same consistency every single day in Gran Canaria, Spain. Backed by a team of international experts and her very supportive parents, Nethra is gearing up for the 2021 Tokyo Olympics, as the first Indian woman sailor to make it to the highest level of the competitive sport. She is competing in the Laser Radial class, where sailors single-handedly handle the boat and navigate the ocean, covering the shortest distance in the fastest possible way.

Her foray into the sport happened when their Chennai-based family put the two siblings - Nethra and her younger brother to every single summer camp under the sun, more than a decade ago. Singing, Bharatnatyam, arts & crafts, tennis, basketball, skating and kalarippayattu were the myriad list of things they tried, but eventually, it was sailing at the Tamil Nadu Sailing Association near the Chennai Port that caught the then kids’ fancy.

What began as an intense weekend sport for Nethra and her brother clearly proved to be much more, as she won the Nationals in 2013, following which her then-coach Pete recognized her potential to make it to the Asian games. Since then, there’s been no looking back. Nethra has represented India at the Asian Games 2014 and 2018, won a medal at the World Championships and now even qualified for the Olympics. After narrowly missing out on qualifying for the 2016 Rio Olympics, she started bridging the gap, improvising her technique and skills. 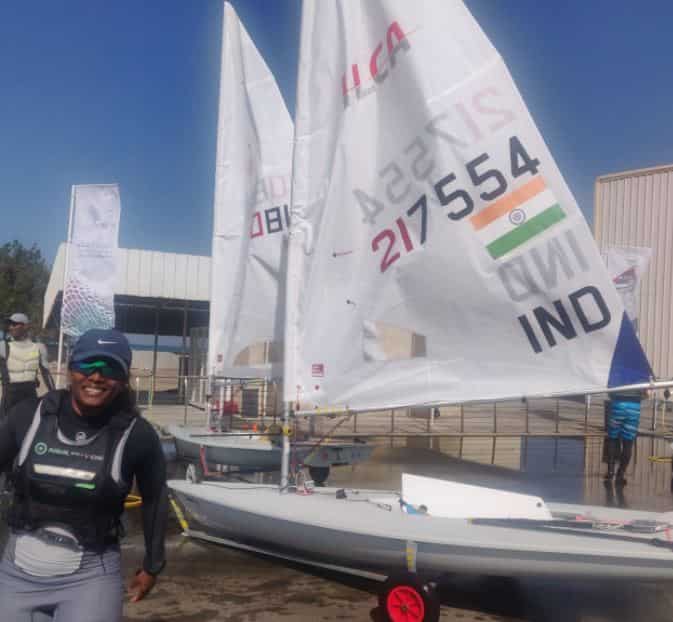 It was at the 2015 World Championship in Oman that she got to meet her current coach and two-time Olympian Tamas Eszes, under whom she has been training for the last one and half years.

On the expectations from Nethra at Tokyo this year, Tamas says that this is the beginning of her journey, as going to Tokyo and competing itself is a big step at the age of 22. “You have to compete in two or three Olympic Games to perform. A top 15 finish out of the 44 contestants is a good target. But the next Olympics is just 3 years away and we are expecting good results for 2024”, Tamas added.

Asked when what got her so deeply involved in sailing, Nethra says that she loves sailing for how it is a very complex sport that is all about decision making rather than a contest between strongest, fastest and toughest contenders. “The weather conditions are different every day and it’s about calculated and instant decision making. It is intelligence that works here, not aggression. For me, sailing is a certain amount of freedom that cannot be described in words”, she says hoping that many more people take up the lesser-known sport in India.

“I was around 12 years of age when I started sailing and the Tamil Nadu sailing club that I sailed with was extremely supportive and my father has been the greatest pillar of support, along with the sailing community and the sports authority,” Nethra told Zee Media when asked about the support and backing she received as an athlete in an expensive sport. 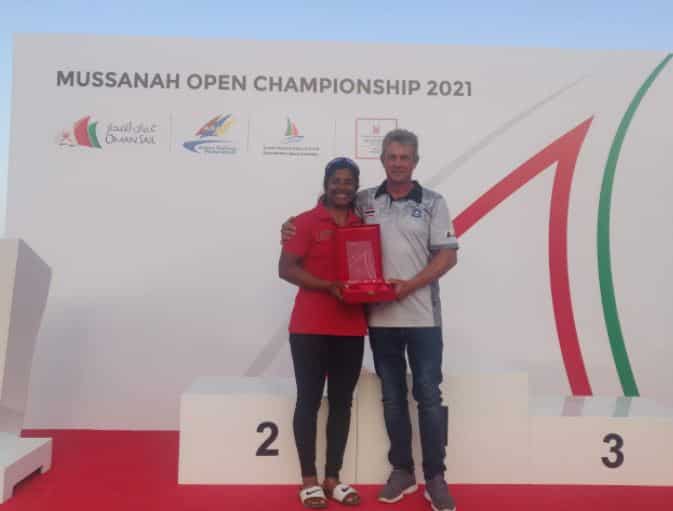 While Nethra has become the first Indian woman to qualify for the Olympics, it must be noted that 9 Indian men have also made it so far. Regarding the measures taken to ensure inclusivity in the male-dominated(in India) sport, Capt. Jitendra Dixit says that currently the ratio of women and men sailors is about 30-70, whereas they target to achieve a 40-60 by end of 2021. “Our aim is to get girls participation at 50% in sailing, as mandated by the IOC to all national authorities. Since sailing is very expensive, we have also waived off region and entry fee for girls” he told Zee Media.

However, sailing has remained largely a government-funded sport in India, with hardly any corporate sponsors. Officials say that the budgeting from the sports ministry has increased by 60-70% over the last few years, in addition to schemes like the Target Olympic podium scheme (TOPS) where sailors qualifying for Olympics are provided funds for foreign training, equipment, coaches and personal staff.

For Nethra’s father who has been always by her side, his biggest hope is that she does well and performs to her own satisfaction. “Whatever she wants, I hope she does that”, Kumanan smiles, as Nethra adds how much she is looking forward to her maiden Olympics.