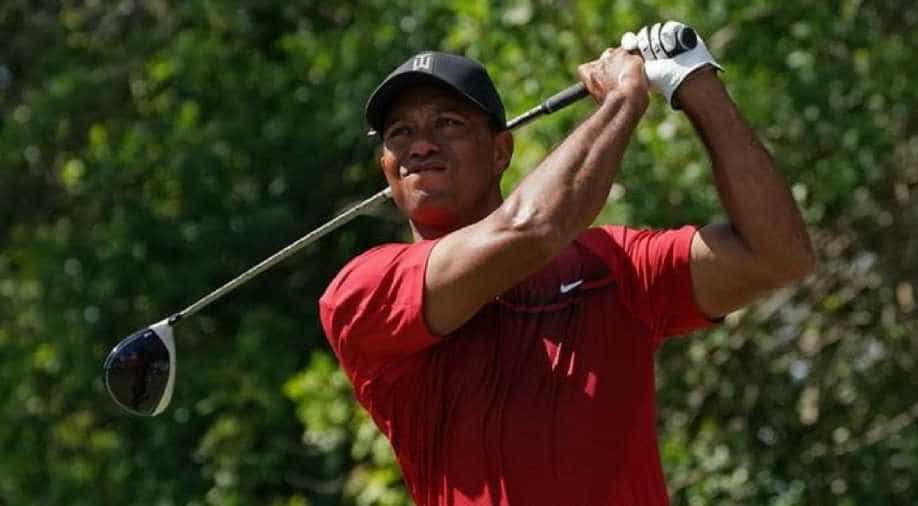 Tiger Woods watches his drive from the 3rd tee box during the final round of The Honda Classic golf tournament at PGA National. Photograph:( Reuters )

Tiger Woods has committed to playing consecutive weeks at the next two PGA Tour events in what will likely be his final tournaments ahead of next month's U.S. Masters, the former world number one said on Friday.

Woods, who has played three official events since returning this year after spinal fusion surgery 10 months ago, said on Twitter that he will be at next week's Valspar Championship followed by the Arnold Palmer Invitational.

After a good recovery week I’m committing to play in the @ValsparChamp and @APinv next two weeks.

The commitment to Valspar, which is held in Palm Harbor, Florida, is somewhat surprising given that Woods, 42, has never played the event before.

He was, however, widely expected to be at Bay Hill for the Arnold Palmer Invitational, where he is an eight-time winner. It will be Woods' first start in the event since 2013.

Woods had the most encouraging result of his comeback at last week's Honda Classic where he earned a share of 12th place. It marked his best PGA Tour result since a tie for 10th at the 2015 Wyndham Championship.

Woods, who is ranked 389th in the world rankings, has said he needs more "tournament reps" to be ready for the Masters but eligibility issues will limit the number of events he can play between now and April.

The World Golf Championships-Dell Technologies Match Play event is held the week following the Arnold Palmer Invitational but Woods is not eligible as it consists of the world's top 64 players as of March 11.

The following week is the Houston Open, which is the final Masters tuneup, but Woods has never played the event or the week before the year's first major, which will be played at Augusta National from April 5-8.