Tiger, Koepka, McIlroy among exempt golfers for US Open 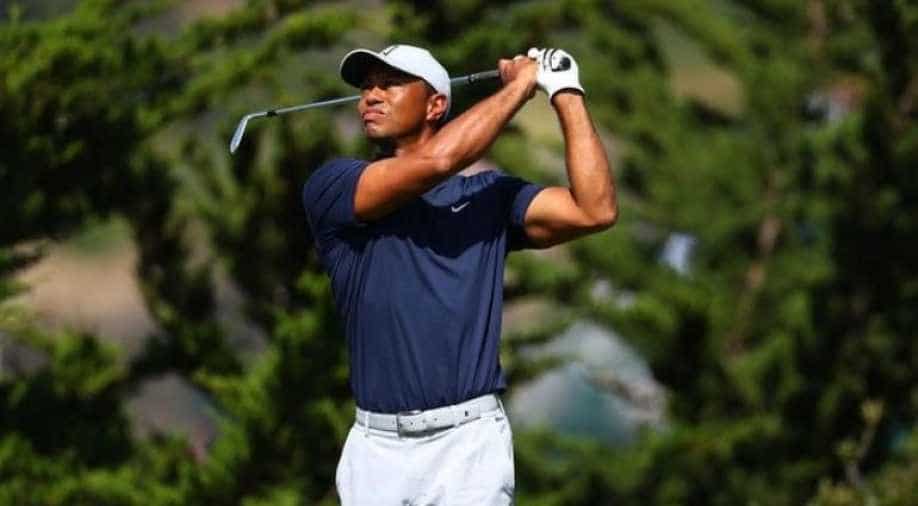 Reigning Masters champion Tiger Woods and four-time major winner Brooks Koepka are among the exempt players for this year's US Open announced Thursday by the US Golf Association.

Reigning Masters champion Tiger Woods and four-time major winner Brooks Koepka are among the exempt players for this year's US Open announced Thursday by the US Golf Association.

Woods, a 15-time major champion, and Koepka, seeking a third consecutive PGA Championship victory in August, will join defending champion Gary Woodland among 11 US Open winners set to compete in the 120th US Open on September 17-20 at Winged Foot in Mamaroneck, New York.

The coronavirus pandemic forced a postponement of the US Open from its traditional June dates and wiped out all qualifying for the tournament, forcing the USGA to determine exempt categories for entry into the major championship.

"The decision to cancel local and final qualifying for this year's US Open was deeply disappointing, but we are pleased to still provide the world's best professional and amateur players the opportunity to compete for this historic and coveted championship," said USGA senior managing director of championships John Bodenhamer said.

"The exemption categories for this year's championship at Winged Foot Golf Club were carefully developed to mirror a representative US Open field and we are excited that players will still have an opportunity to earn a place in the field through a variety of categories."

The US Open will be played following the scheduled conclusion of the 2019-20 US PGA Tour season and as the second major event of the year after the PGA, with the British Open having been canceled and the Masters pushed back from April to November due to the deadly virus outbreak.

Entries will be accepted from July 15 through August 26.

The USGA has not given up on having at least a limited number of spectators at the event, to be staged in what had been the first major US epicenter of the COVID-19 outbreak.

- Mickelson makes it in -

This year's US Open will include the top 70 players in the world golf rankings as of March 15 instead of the usual top 60.

That expansion will allow 50-year-old Phil Mickelson, who was 61st in the March 15 edition of the rankings, to compete in the event. The six-time US Open runner-up needs a victory in the event to complete a career Grand Slam.

Players can also earn a berth in the lineup through performances in the last six scheduled US PGA events of the current season, which resumed two weeks ago after a three-month hiatus.

The top five players on the final US PGA FedEx Cup season points list, the top 10 in aggregate points from the first five events on the European Tour's UK Swing and the top five on the developmental Korn Ferry Tour's regular season points and finals lists will be exempt into the US Open.

The final 2019 Order of Merit categories for the Japan Golf Tour, Sunshine Tour, Asian Tour and Australasia Tour will help to complete a field of 144 players at the suburban New York layout.

Six amateurs are currently exempt and the top seven World Amateur Golf Rankings point leaders from August 19 not otherwise exempt will be added to the field.

An average of 15 amateurs have competed in the past five US Opens, including 2018 US Amateur winner Viktor Hovland, a Norwegian who shared 12th last year at Pebble Beach.

Other spots to fill the field will be taken from the August 23 edition of the world golf rankings.