THROWBACK: When Virat Kohli, Gautam Gambhir got involved in an ugly altercation in IPL 2013 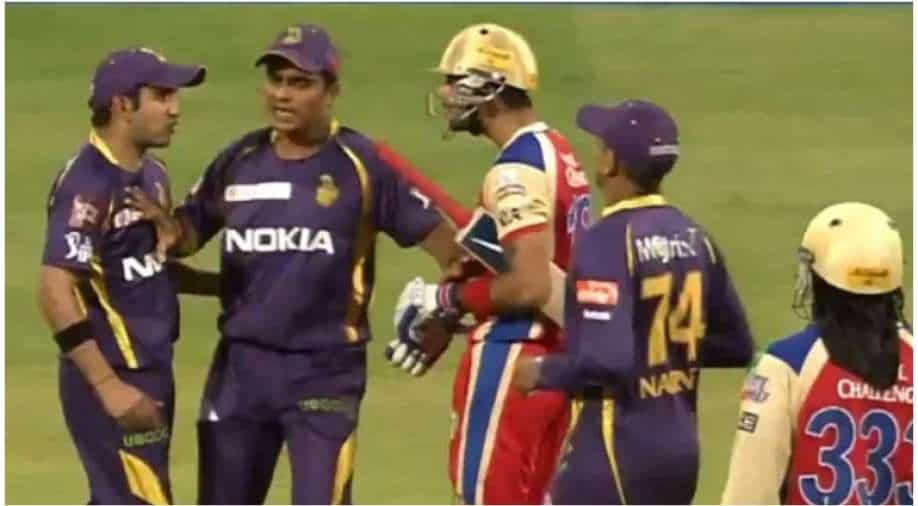 THROWBACK: Virat Kohli, Gautam Gambhir had got involved in an ugly altercation during IPL 2013 when KKR had locked horns with RCB at the M Chinnaswamy Stadium, Bengaluru.

IPL has been a huge hit over the years. The cash-rich league has become a big part of the cricketing calendar and every season is keenly awaited among the ardent cricket fans worldwide. There have been some big names who have led to IPL's resounding success over the years.

Along with the huge success, IPL has also seen some controversies unfold on the 22-yard cricket strip. There have been some heated exchanges among players from time to time. During IPL 2013, Virat Kohli -- the then Royal Challengers Bangalore (RCB) skipper -- had got involved in an ugly altercation with former Kolkata Knight Riders (KKR) captain Gautam Gambhir when both sides had met at the M Chinnaswamy Stadium, Bengaluru on April 11.

Riding on Gambhir's 46-ball 59, KKR set up a decent 155-run target on board for Kohli & Co. In reply, Chris Gayle's 85 off 50 balls and Kohli's 35 helped the hosts beat KKR by eight wickets with 15 balls to spare. However, Kohli was sledged after his dismissal, by L Balaji, and soon got involved in a heated exchange with Gambhir as the umpire and KKR players had to step in and interrupt. The altercation made headlines for the entire season.

Then KKR all-rounder Rajat Bhatia had also opened up on the altercation in 2020. "That is something which happened when two aggressive captains played and they always want to give their best and win for their respective teams. Even if they had any kind of collision in that match, it was just a part of the game,” Bhatia told Asianet Newsable.

“Later, I have never seen them (Gambhir and Kohli) fighting. In the heat of the moment, so many things happen. But, it shouldn’t be happening for the worse. And on that day, it was not,” he further added.

In a YouTube video with Jatin Sapru, Gambhir also recently opined on the whole incident. Recalling whatever happened nine years back, he said that it was nothing personal.

"That's why there was nothing personal (then) and there never will be personal against Virat. I say it again and again that what he's achieved, I am not surprised. That's the kind of player he was when we saw him early but what he's transformed into, I think from a fitness point of view and the way he's worked on his skills is tremendous", Gambhir said on the YouTube channel.

At present, Kohli remains involved with the RCB in IPL 2022. Meanwhile, former KKR captain Gambhir is now the team mentor of the Lucknow Super Giants (LSG).