They've to win in their own country: Not Virat Kohli-led India! Ravi Shastri says pressure is on England ahead of 4th Test 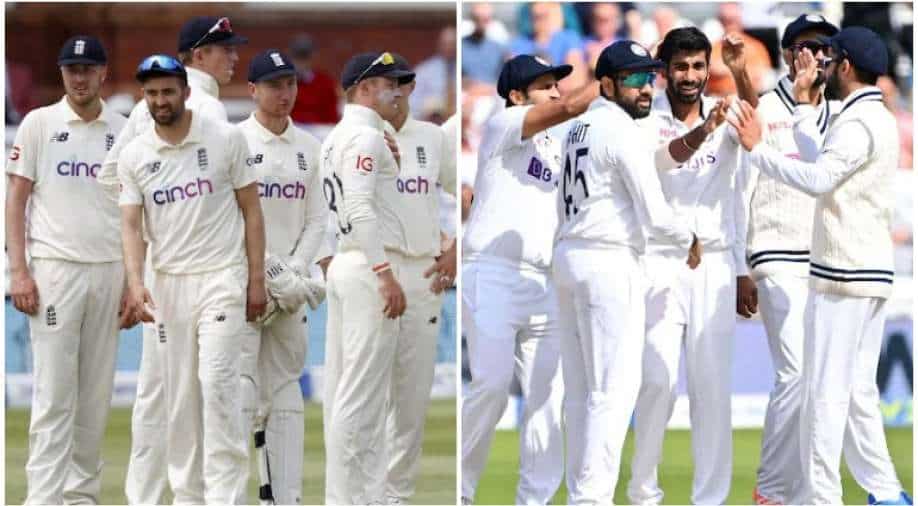 Ahead of the fourth and penultimate Test between India and England, head coach Ravi Shastri has stated that the pressure is on England to win the series in their own country.

Team India head coach Ravi Shastri has made a big statement ahead of the national side's fourth and penultimate Test versus England at the Kennington Oval, London starting from Thursday (September 2). Despite India losing the third Test, of the five-match series, by an innings and 76 runs and the series being levelled at 1-1, Shastri feels Joe Root-led England will feel the pressure going forward to win the series at home.

"If anyone thinks that this Indian team is going to back off, they have another thing coming because at 1-1, we are playing overseas, the pressure is on England. They have to win in their own country. We have done what we had to do with them in India. So, the ball is in their court and we will fight, there's no question about it," Shastri said on Times Now Navbharat.

On being asked on how Virat Kohli & Co. plan to stage a recovery and fightback in the remaining two games after a heavy defeat, an upbeat Shastri said, "It's very easy, you just go back to Lord's. Just think Lord's, forget the last one. As simple as that. I know it's easier said than done but we should remember your good moments as well. Such things happen in the game. England was in the driver's seat and we snatched victory. In the last Test match, they bowled brilliantly. They caught us on the hop on the very first day of the Test match, they put us on the back foot."

"Even though we showed glimpses of a fight in the second innings, I think that first, you know, early dismissal of our players and getting all out for 78 played its part. But this series is wide open," he added.

After the series opener ended in a draw, Kohli-led India won the second Test at Lord's by a whopping 151-run margin. However, they surrendered the momentum to lose the third Test by an innings and 76 runs. Batting first, India were bundled out for 78 and England posted a healthy 432 in reply. In their second essay, India once again suffered a collapse to be bundled out for 278, from 215-2, on Day 4.

The series, however, remains wide open and the remaining two Tests will surely give plenty to cheer for the ardent cricket fans worldwide.