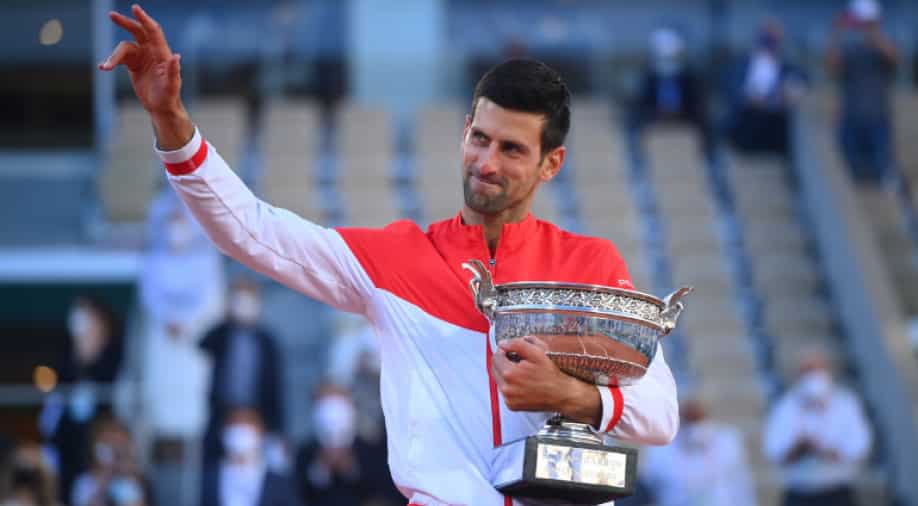 A nineteenth Major honor for Novak Djokovic, his second Roland Garros title. A contest by Stefanos Tsitsipas yet by the day's end, Djokovic showed why he is one of the best players to elegance the game.

To beat Rafael Nadal at Roland Garros, you don't simply need to play a remarkable tennis match. You need to stretch yourself past any known restrictions of the human body and continue to do that monotonously until the ball doesn't return anymore. Two days ago, the Serb created a breathtaking execution to pull off a definitive test, halting the certainty that is Rafael Nadal win on clay court.

The overall influence is something fragile in sport. Upset it at all when you're on top and it very well may be amazingly troublesome attempting to reassert control. Djokovic knows some things about that specific difficult exercise, and he ensured he didn't fiddle with it a lot with an astonishing exhibition in the French Open final.

Djokovic was not going to yield a thing in the wake of dropping the initial two sets of the French Open final against his opponent, fresher adversary, Tsitsipas. The 22-year-old ran into a prevailing situation without showing any nerves in his debut significant final. Tsitsipas won the first set 7-6. What's more, the second set 6-2 in only 32 minutes.

Djokovic didn't ever freeze. He stayed created and utilised extraordinary profundity and assortment including a lot of drop shots to tempest to his triumph. The Serbian ace returned and won the third set 6-3, the fourth set 6-2 out of 33 minutes, and the fifth set as well. Djokovic acquired probably the best execution to eventually destroy his adversary's course of action with exactness and ability. This was the sixth instance where Djokovic had arrived back from two sets down and the first occasion when he has done it in a Grand Slam final.

ALSO READ: French Open: 'I hope one day I can achieve half of what Djokovic has': Stefanos Tsitsipas

A nineteenth Major honor for Novak Djokovic, his second Roland Garros title. A contest by Stefanos Tsitsipas yet by the day's end, Novak Djokovic showed why he is one of the best players to grace the sport.

Through coarseness, assurance, and a solid portion of genuine tennis wizardry, he finished a critical win to carry his all-out number of Slams to an astounding tally of 19.

“You can predict him as the winner, but Roland-Garros is the toughest Grand Slam in the history."

Hear from Djokovic's longtime coach Marian Vajda on what he thinks made all the difference during his player's title run. #RolandGarros

Watching a virtuoso at work isn't, by and large, an ordinary occurrence. So we'd all well to take in as a considerable lot of Novak Djokovic's exhibitions as is humanly conceivable at this moment. We have seen various instances of it all through his profession, however, it actually comes as somewhat of stun when Novak Djokovic delivers one more science resisting accomplishment. His capacity to defeat depleting slugfests, pounding misfortunes, and unrealistic obstacles just never go downhill; regardless of whether he is aging when all is said and done.

Each cohort has its rush of fabulous stars, yet the way wherein the current 'Big Three' have cornered the universe of tennis stays a wonder in itself. There will consistently be some who guarantee that Rafael Nadal's grin and bear-it dust mentality is the stuff of legend. Roger Federer's tennis is the most soul-blending of all. Furthermore, there are the individuals who demand that. In any case, if tennis is decided as a serious undertaking where a definitive goal is to win, then, at that point Novak Djokovic has no equivalent.

In any case, at the current second, let us cheer in the triumph of the stand-in and the champion, Novak Djokovic. Here's to trusting that he keeps on giving us more snapshots of bliss, both on and off the court, with his hilarious pantomimes likewise making a comeback.