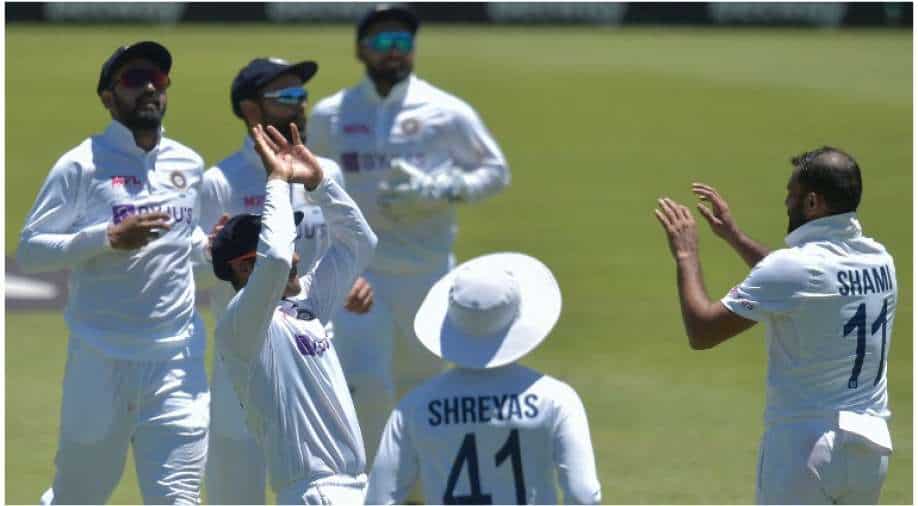 Virat Kohli-led India demolished South Africa in the first Test at Centurion by 113 runs as former Proteas pacer has lavished huge praise on the Indian team.

India beat South Africa in the first Test at the SuperSport Park, Centurion by 113 runs to go 1-0 up in the three-match series. Batting first, India made 327 riding on KL Rahul's 123 whereas Mohammed Shami's five-fer led to the Proteas conceding a whopping 130-run first-innings lead to the visitors.

While Virat Kohli-led India collapsed for a mere 174 in their second essay, they managed to setup a competitive 305-run target for the home side as Dean Elgar & Co. fell for 191 to lose by 113 runs. After the first Test, former SA pacer Morne Morkel lavished huge praise on the Indian Test team, calling them the 'best in the world today'.

"Well Done. They (Team India) are by far the best team in the world today. In a short time now, you deserve it, they've worked long and hard to support their team that can go an compete away from home," Morkel said talking to Star Sports during the post-match show.

"The clear game plan that the bowlers can take 20 wickets; so enjoy this moment. I think it's a special feat to be a part of. For me, India are definitely leading the way," he added.

The No. 1 ranked Indian Test side will now aim to add to Proteas' woes and win the second and penultimate Test, starting on January 3 at The Wanderers, Johannesburg, to script history by achieving their maiden series triumph on South African soil.

After winning two Test series in a row in Australia and gaining an unassailable 2-1 lead over England in the incomplete five Tests in the United Kingdom early this year, Kohli-led India will aim to create history in South Africa this time around.