T20 World Cup 2022: Tickets for India-Pakistan clash, at the MCG, SOLD OUT in a flash 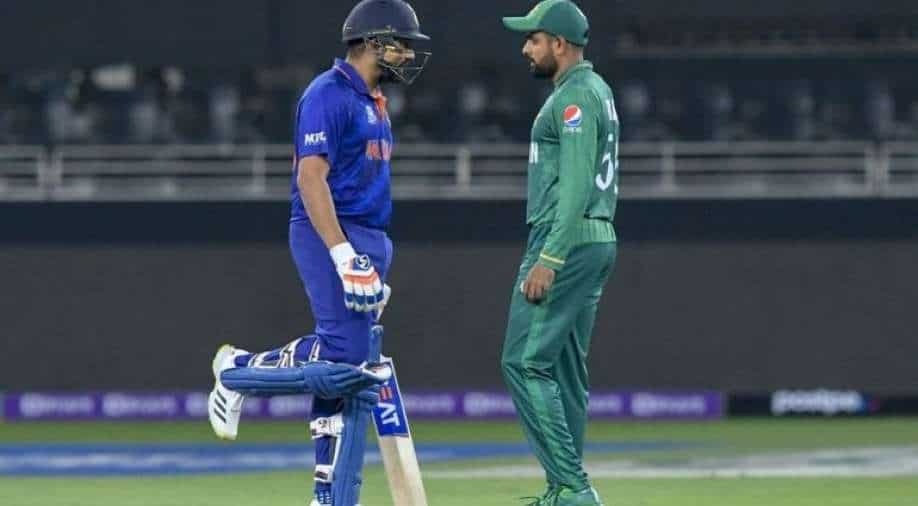 The tickets for the 2022 Men's T20 World Cup clash between India and Pakistan have been sold out in a jiffy.

India and Pakistan's senior men's cricket team is set to meet each other in the 2022 T20 World Cup, to be held in Australia later this year. The Rohit Sharma-led Indian team and Babar Azam's Pakistan are once again placed in the same group (as was the case in the 2021 edition), i.e. Pool 2, and are set to lock horns with each other at the iconic Melbourne Cricket Ground, Melbourne (MCG) on October 23.

Ahead of the Indo-Pak clash, which has already generated a lot of excitement and buzz among the ardent cricket fans, the tickets for the marquee encounter has already been 'exhausted'.

Announcing the opening of the ticket sales, an ICC release said, "Tickets may still be available through the Official Hospitality and ICC Travel and Tours Programmes. Alternatively, you can join the Waitlist for this match and receive email updates with details of any ticket releases for a specific match."

For the unversed, the match tickets went on sale at 6:30am IST on Monday (February 7). By 11:30 am, a statement on the ICC website read, 'public ticket allocation' for India Vs Pakistan has been exhausted.'

Thus, the buzz for the India-Pakistan clash remains at an all-time high as the tickets have already been sold out; more than eight months in advance.

Talking about the last two both sides met in the T20 WC, in the last year's edition, Virat Kohli-led India's unbeaten run versus the Men in Green in World Cup history came to an end. India's famed batting line-up was restricted for a moderate 151-7 after being asked to bat first at the Dubai International Cricket Stadium, Dubai on October 24.

In reply, Babar-led Pakistan finished the run-chase with ten wickets and 13 balls to spare.