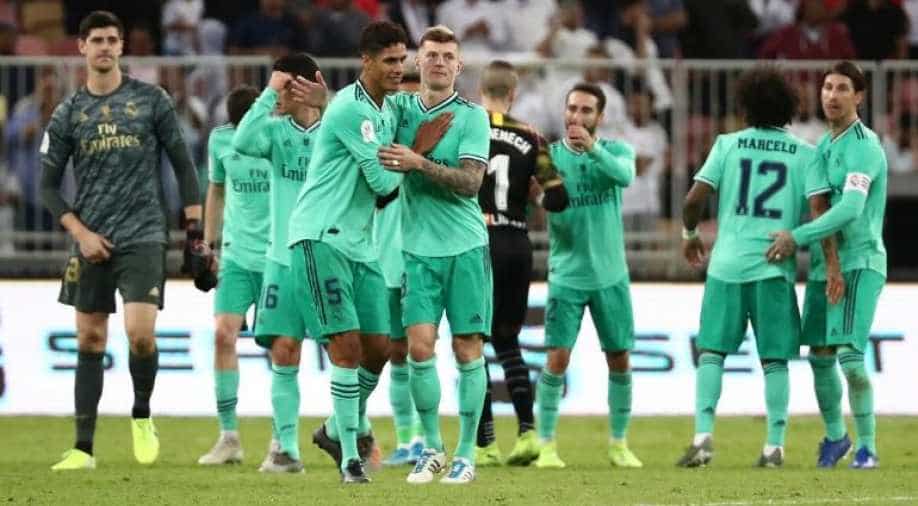 Real Madrid midfielder Toni Kroos scored directly from a corner as his side booked their place in the final of the revamped Spanish Super Cup in Saudi Arabia by outclassing Valencia 3-1 on Wednesday.

Isco and Luka Modric scored either side of halftime to put Zinedine Zidane's side further at ease before Dani Parejo converted a consolation penalty for last year's Copa del Rey winners in added time.

Real will meet the winners of Thursday's semi between Barcelona and Atletico Madrid in Sunday's showpiece at the King Abdullah Sport City Stadium in Jeddah.

Germany international Kroos caught Valencia's Jaume Domenech out to open the scoring in the 15th minute, curling a cross towards goal while the keeper was still organising his defence and the ball flew over the line before Domenech could recover.

The soft manner of the goal appeared to hit Valencia hard after an even start to the game and Isco put Real further ahead by volleying home in the 39th minute after a sweeping move involving Federico Valverde and Dani Carvajal.

Modric killed off Valencia's faint hopes of a second-half revival, providing a classy finish with the outside of his boot in the 65th minute to completing another incisive Real counter-attack.

"We were in complete control throughout the game, we came out with the intention of getting hold of the ball, that's what we did and our plan worked perfectly," Real midfielder Casemiro told reporters.

The 62,000-capacity arena was around two-thirds full for the first game of the competition, which used to be a two-legged season curtain raiser between the Spanish league champions and the Cup winners but has been given a radical facelift.

Spanish soccer federation chief Luis Rubiales spearheaded the changes to the format, increasing the number of teams to four and signing a three-year deal to move it to Saudi Arabia which media reports say is worth 40 million euros annually.