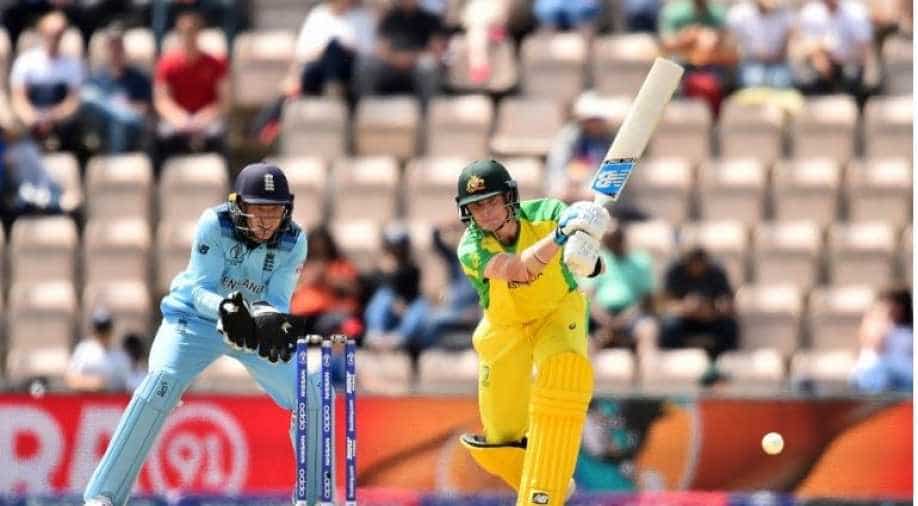 Australia's Steve Smith bats during the 2019 Cricket World Cup warm up match between England and Australia at the Rose Bowl in Southampton, southern England. Photograph:( AFP )

Chasing a target of 298 to win, England were bowled out for 285 in the final over but the tournament hosts will be more concerned about injuries than the result.

Chasing a target of 298 to win, England were bowled out for 285 in the final over but the tournament hosts will be more concerned about injuries than the result.

With captain Eoin Morgan not playing due to a fractured finger, England had another scare when fast bowlers Mark Wood and Jofra Archer sustained injuries.

Wood was troubled by his left foot and bowled only three overs before leaving the field for treatment while Archer injured himself while sliding to save a boundary before returning 30 minutes later.

"Mark Wood is to have a precautionary scan," the England Cricket Board said in a statement, as reported by ESPN.

"England`s medical team want to ensure there is nothing serious in the build-up to the start of the World Cup."

Smith hit eight fours and three sixes in his 116 off 102 balls before he was caught and bowled by Tom Curran in the final over.

"The pitch was slower than some of the pitches we`ve played on before," England`s acting captain Jos Buttler said. "It was still a good wicket, but didn`t have the pace it normally has."

England`s top scorer was James Vince, who hit a patient 64 off 76 deliveries before he was caught by Nathan Lyon attempting to cut a short ball. Buttler chipped in with a quick-fire 52 off 31 balls which included three sixes.

England plays one more warm-up match against Afghanistan on Monday before kicking off their World Cup campaign against South Africa on Thursday.

Australia plays Sri Lanka on Monday before their first match of the campaign on June 1 against Afghanistan.