Starting to feel Virat Kohli isn't as mentally fresh as he was in 2018: Sanjay Manjrekar decodes Indian captain's struggles 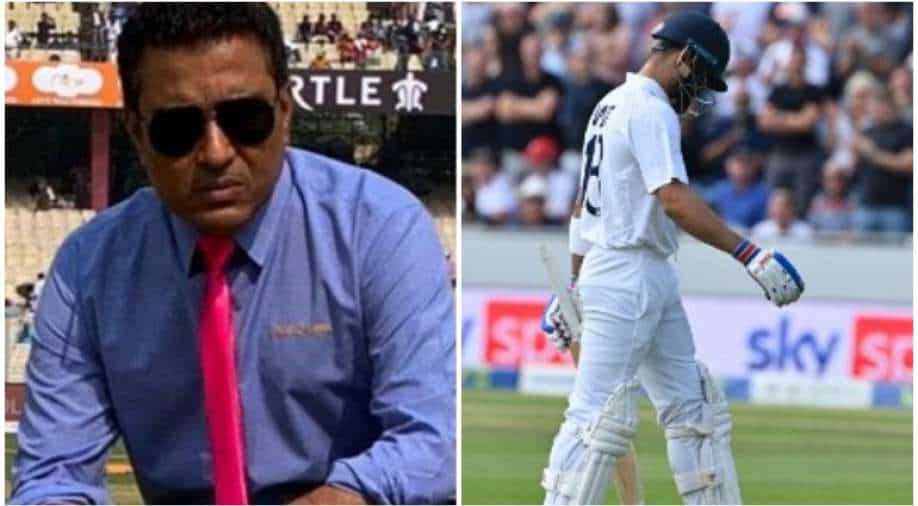 Virat Kohli has failed to get going in the ongoing England Test series and was dismissed for cheap during the opening day of the third Test at Headingley, Leeds. Sanjay Manjrekar has, thus, opened up on his struggles.

Virat Kohli is having a tough time in the ongoing England Tests, in the United Kingdom. The 32-year-old had a disastrous 2014 tour of England but turned things around in an emphatic way during the 2018 trip. However, his numbers have gone downhill once again in England and Wales during the ongoing five-match Test series versus Joe Root & Co.

On Day 1 of the third Test at Headingley, Leeds, Kohli fell for a 17-ball 7. Thus, his scores so far in the series have been: 0, DNB, 42, 20, 7. The 32-year-old once again fell to his arch-rival James Anderson, second time in the ongoing series and 7th time overall in Tests, as his poor run of form continues to worry his ardent fans and former Indian cricketers.

Among the former Indian players, Sanjay Manjrekar shared his thoughts on Kohli's barren run. He told Sony Sports, after India were bundled out for 78 on Day 1 of Headingley Test, "Unlike so many greats of his league, he (Kohli) has got a very obvious weakness. All the greats, the Tendulkars, the Gavaskars and the Viv Richards, didn't have one obvious weakness. Every time that gets exploited, Virat Kohli gets found out. It's not that he is getting out in different ways like Ajinkya Rahane does. I am sure it's starting to bother him."

Manjrekar decoded Kohli's struggles and opined, "The reason he got those runs in 2018 was not because he was cover-driving beautifully or pulling it superbly like he was in Australia against Mitchell Johnson. It was all about leaving the ball, which was about doing something he was not accustomed to. It requires a lot of mental effort. I am just starting to feel that maybe the mental reserves that he has is he as fresh mentally as he was in 2018 with that big challenge of seeing James Anderson through and leaving balls after balls? He is not leaving as many balls this time."

The wait for Kohli's 71st international ton continues to extend. For the unversed, the Indian captain's last triple-figure knock came in November, 2019 and, since then, he has struggled to come close to the three-figure mark. With India being all-out for 78 in the first essay of the third Test and already trailing England behind by 42 runs, the team will require a big knock from Kohli in the second innings.

Will King Kohli break his century-drought in the England Tests? Only time will tell...