'Sport pushed me through': Australia's Matthew Wade opens up on battle with testicular cancer at age of 16 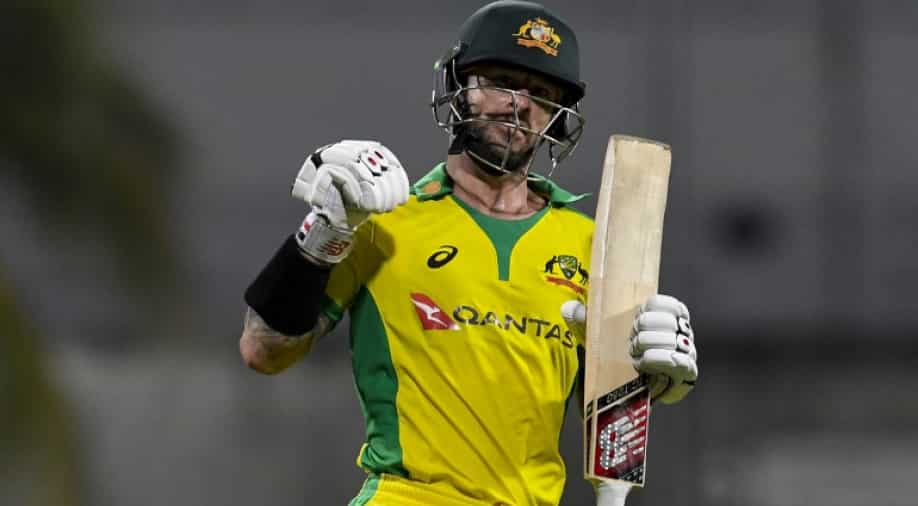 Matthew Wade opened up on his battle with testicular cancer. Photograph:( AFP )

Australian cricketer Matthew Wade revealed he was diagnosed with testicular cancer at the age of 16 as he opened up on his battle with the disease and how cricket helped him get to the other side.

Australia's star batter Matthew Wade recently opened up on his battle with testicular cancer at the age of 16. Wade was one of the heroes for Australia during their T20 World Cup 2021 title-winning campaign where he produced a match-winning knock under pressure in the all-important semi-final against Pakistan.

Wade had slammed a stunning 41 off just 17 balls and dispatched Shaheen Afridi for three straight sixes in the penultimate over to help Australia beat Pakistan in a thriller. The Aussies went on to beat New Zealand in the summit clash in Dubai to lift their maiden T20 World Cup title.

Wade, who has seen several ups and downs in life, and his cricket career, opened up on his battle with testicular cancer at the age of 16. He revealed it was easier for him to undergo the treatment at a tender age as he didn't quite understand what his body was dealing with. However, Wade insisted his family had a tough time seeing him go through the pain.

Cricket was a huge escape for Wade and the sport helped him recover well from cancer to get to the other side. The wicket-keeper batter made his international debut for Australia in 2011 and has become an integral member of the limited-overs teams.

“When I was 16, I was diagnosed with testicular cancer. That was a big part of my life, but I was lucky that I had good mates in sporting teams, older people in sporting teams that really got me out of the house, and got me back in training. Sports became a real outlet for me through that period of time," Wade said in the video shared by Cricket Australia.

“It was a challenging time but sport pushed me through the other side. It was probably harder on my family. I was a lot younger and didn’t probably understand what was going on too much. It was just kind of ‘do this and do that’ to get it better. It probably took a hit on the family more than it took on me," he added.

Also Read: 'Got 2 missed calls from Pat': Steve Smith reveals how he learnt about return to captaincy in 2nd Ashes Test

Wade's father Scott recalled the tough time and revealed it was hard for the Aussie cricketer to deal with issues such as hair fall during treatment. He hailed Wade's mother for her unbelievable support throughout the procedure which helped the wicket-keeper batter beat cancer.

“Matthew got unbelievable support from his mother. It was about the hair falling out and how he was going to play cricket. He would put his cricket cap on and when he pulled it off, a bunch of hair would fall out. That sort of stuff was really challenging for Matthew," said Scott.

Wade is currently not part of Australia's squad for the ongoing Ashes 2021-22 against England but remains a vital cog in the limited-overs setup.