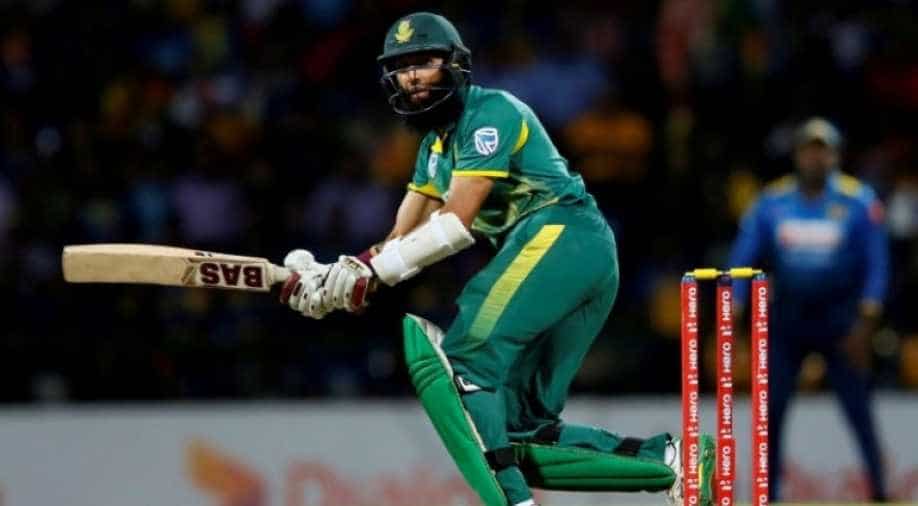 'This is my third (World Cup) so I know what it is all about. I have a strong record in England and I have always enjoyed coming here', Amla said

Time away from the game has made him "hungrier than ever before" says South Africa batsman Hashim Amla, gearing up for his third World Cup.

With more than 18,000 international runs under his belt, Amla was once a batting mainstay for Proteas but lost his place in the team due to a dip in form.

He missed the ODI series against Sri Lanka earlier this year, with Aiden Markram taking his place as an opener alongside vice-captain Quinton de Kock in the series.

Amla was also missing in action at the IPL and he says the long break helped him to sharpen his game.

"Things happen that you don't anticipate and I did not anticipate how things have gone recently. But I am a firm believer that when something happens, there is some good in it. I have had time away and now I am really looking back to wearing the green and gold again," Amla was quoted as saying by the ICC.

"I am hungrier than ever before, there is no doubt about that. I have been blessed to have this shirt for a while but the time off has made me want to come back stronger.

"This is my third (World Cup) so I know what it is all about. I have a strong record in England and I have always enjoyed coming here", Amla said.

The 36-year-old has already featured in two World Cups for South Africa but New Zealand ended their run in both the editions -- quarter-finals in 2011 and semi-finals four years ago.

South Africa will open their campaign against World No. 1 England, a side tipped to win the World Cup, and Amla believes the underdog status will suit South Africa.

"It is the best first game we could have asked for. We have played England recently and had some success against them, I have done well against them too," he said.

"This year, you don't see the same big names and that is why the focus is not on us but that has some good in it. There has not been much chat about us winning in comparison to the past but I don't think that played a part in how we performed.

"At the end of the day, we always gave our best and played to win. The fact there has not been a lot of chat at this World Cup means there is less expectation but in the team, we think we can do well", Amla said.