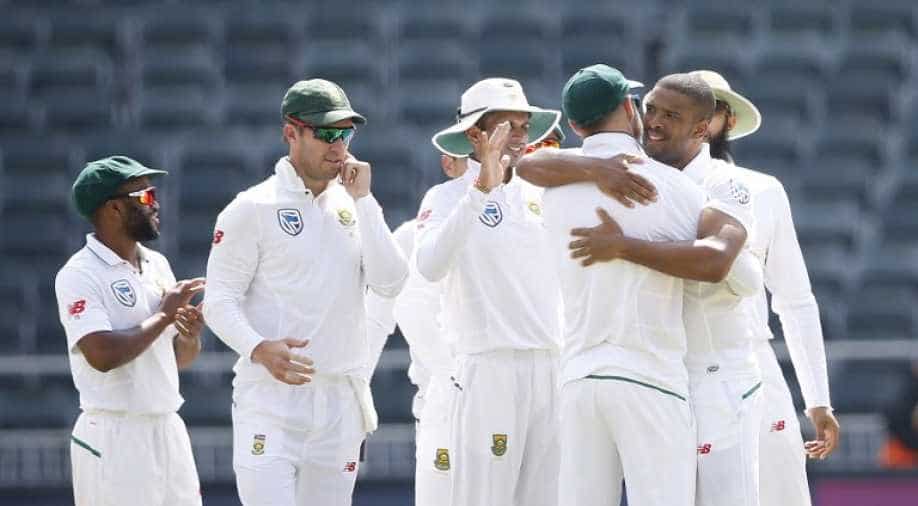 Cricket South Africa (CSA) and Sri Lanka Cricket (SLC) on Monday jointly announced that the South Africa tour to Sri Lanka, consisting of three ODIs and as many T20Is scheduled to be played in June, has been postponed amid the COVID-19 pandemic

Cricket South Africa (CSA) and Sri Lanka Cricket (SLC) on Monday jointly announced that the South Africa tour to Sri Lanka, consisting of three ODIs and as many T20Is scheduled to be played in June, has been postponed amid the COVID-19 pandemic

The three-match ODI series against Sri Lanka would have been South Africa’s first rubber in the ICC’s fresh one-day League.

“It is very sad that we have been forced to take this step and we will re-schedule the tour as soon as cricket returns to a sense of normality and our international fixture list allows,” commented CSA Acting Chief Executive Dr. Jacques Faul.

“Our Proteas would not have been able to prepare properly taking our own lockdown situation into account and, more importantly, health considerations for our players, which are always paramount, were the over-riding factor,” he added.

“It would have been a particularly important tour for us with the three ODIs counting for the new ICC one-day league and the T20 programme being part of our preparation for the ICC Men’s T20 World Cup scheduled for Australia later this year. It is very frustrating for the players who want to build on the good form they showed at the backend of our home summer against Australia,” Dr. Faul concluded.

ALSO READ: Bit surprised by CA's financial health but we will work together overcome crisis: Hazlewood

The one-day League is part of the Future Tours Programme (FTP) and was scheduled to start in May. The 13-team league is scheduled to run through to March 2022 and is part of ICC World Cup 2023 qualification progress. However, with series getting postponed day in and day out, the FTP including the one-day League needs to be revisited and checked which series can be played and which needs complete cancellation.

Earlier, Sri Lanka Cricket president Shammi Silva had proposed to host the already-postponed Indian Premier League (IPL) 2020 in Sri Lanka as he said it would save the BCCI from major losses and will financially help Sri Lanka.