Some players care more than others,' says Mourinho 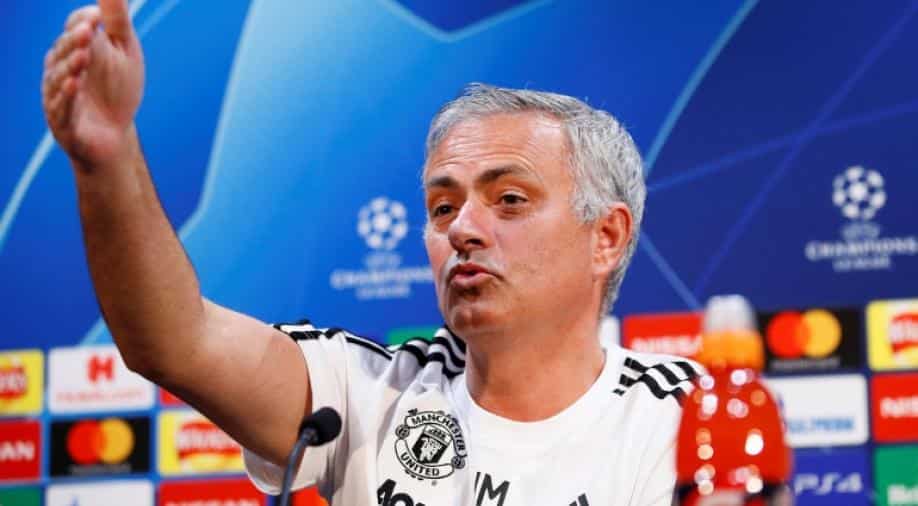 Manchester United manager Jose Mourinho has denied the media reports that claimed that his job is on the line after the rumour started spreading that Man Utd have contacted former Real Madrid boss Zinedine Zidane.

The reports also stated that Zizou contacted Mourinho to explain that he isn't plotting to take over behind his back, saying, his representatives had simply asked him if he would be interested in the job.

On being asked about whether Zidane has talked with him he remained coyed with a smile on his face.

He also said that some of his players care more than others ahead of the Champions League Group H match against Valencia on Tuesday (October 2).

"I think that some care more than others," said Mourinho.

United have struggled this season, collecting 10 points from their opening seven Premier League matches and being dumped out of the League Cup by second-tier Derby County.

They did, however, secure an emphatic 3-0 victory over Young Boys in their first Champions League group match.

Also, the reports of unrest with leading player Paul Pogba, which led to the Frenchman being demoted as vice-captain, have led to suggestions that Mourinho is losing his influence at Old Trafford.