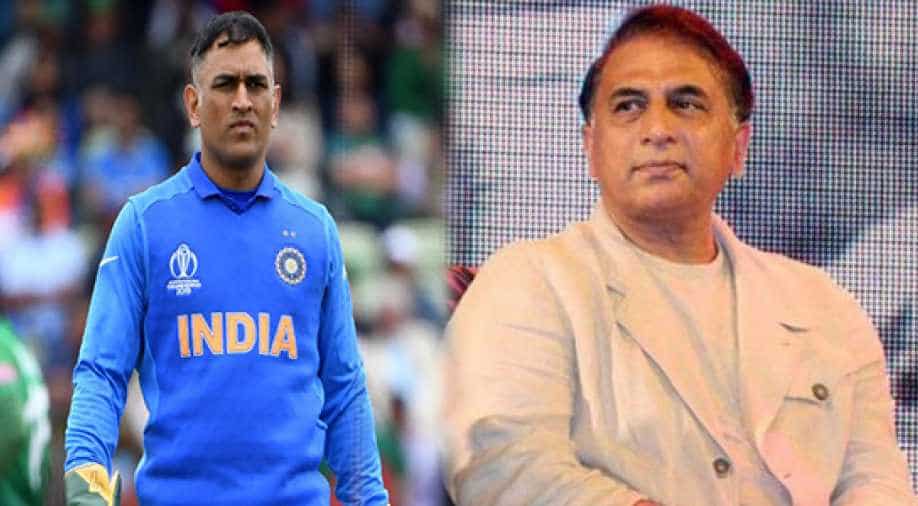 Former Indian skipper and a legend of the gentlemen’s game, Sunil Gavaskar has opined on whether he sees Dhoni in the Team India squad for the forthcoming ICC T20 World Cup 2020.

A lot has been said about MS Dhoni’s future with the Indian cricket team since he last played for the Men in Blue in the semi-final of ICC World Cup 2019. Dhoni was supposed to return to the cricket field in the Indian Premier League (IPL) 2020 but the current situation surrounding the novel coronavirus has torn apart every plan-sheet.

Former Indian skipper and a legend of the gentlemen’s game, Sunil Gavaskar has opined on whether he sees Dhoni in the Team India squad for the forthcoming ICC T20 World Cup 2020 which is scheduled to be played in Australia in the month of October.

Gavaskar has said that even though he would like to see Dhoni playing in the T20 World Cup, it is highly unlikely that he would be slotted into the squad. Gavaskar further said that Team India has moved on from Dhoni.

Commenting on why Dhoni hasn’t announced his retirement despite taking such a lengthy sabbatical from the game, Gavaskar said that Dhoni is not someone who will make a big announcement while adding he thinks the veteran gloveman will silently walk away from the gentlemen’s game.

“I would certainly like to see Dhoni in India’s World Cup squad but it’s highly unlikely to happen. The team has moved on. Dhoni is not someone to make big announcements so I reckon he would silently retire from the game,” Gavaskar told a news daily.

ALSO READ: Kevin Pietersen reaches out to India on coronavirus awareness in Hindi

While there have been mixed opinions relating to whether Dhoni should make Team India comeback or not, domestic legend Wasim Jaffer said that it is a no-brainer to pick Dhoni as he would bring experience and expertise behind the stumps while supporting the likes of KL Rahul and Rishabh Pant. Jaffer said that Dhoni’s addition would add an extra dimension to the Indian squad.