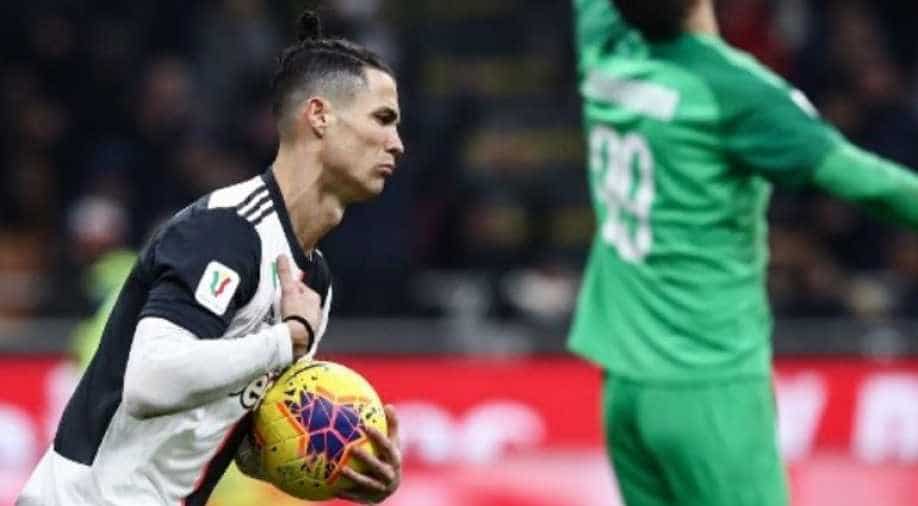 Maurizio Sarri's side will be counting on a win over Mario Balotelli's lowly Brescia, who are second-last in the table.

Juventus return to their home comforts of Turin after a poor away run, hosting struggling Brescia on Sunday with top spot in Serie A at stake as title rivals Inter Milan and Lazio go head-to-head in the Stadio Olimpico.

Maurizio Sarri's side will be counting on a win over Mario Balotelli's lowly Brescia, who are second-last in the table.

Sarri's side has been rattled by two successive away defeats, with Cristiano Ronaldo's late penalty snatching a 1-1 draw in their Italian Cup semi-final, first leg against AC Milan at the San Siro on Thursday.

"We have to change gears. We need more from everyone," said defender Leonardo Bonucci with a Champions League last 16 trips to Lyon looming later this month.

"We have precise ideas along with Sarri which go beyond a game done a little less well or a game did better.

"In ten years Juventus have always managed to change cycles and continue to be successful and competitive. The same thing this year, we are in line with expectations."

Juventus have never lost at home in the league against Brescia, with the promoted side winning just four games this season and none since mid-December.

In a three-team title race, Lazio are just one point behind the leading duo, and on an 18-game unbeaten run going back to a defeat to Inter back in September.

Antonio Conte's Inter showed signs of fatigue as they fell 1-0 at home to Napoli in the Italian Cup after a stunning derby comeback win.

But Inter has lost only one of their last seven games against Lazio while Romelu Lukaku has scored 12 away goals this season for Inter.

Lazio boosts Serie A top scorer Ciro Immobile who has scored 15 goals at home, for a total of 25 this season.

Atalanta are fourth, 11 points behind Lazio, with Roma a further three points adrift in fifth.

The side from the capital has lost their last two games.

Napoli, in 11th, look to get back to winning ways at Cagliari, who shocked the southerners in the reverse fixture in Naples.

The Sardinians are eighth, just two points off the Europa League places despite being on a nine-match winless run.

Hellas Verona, in the sixth, travels to Udinese after their success against Juventus, as Torino, on a run of four consecutive defeats, travel to Zlatan Ibrahimovic's AC Milan.

Cristiano Ronaldo can push his scoring streak to a record-equalling 11 consecutive league games to match the mark currently held by Gabriel Batistuta and Fabio Quagliarella. The five-time Ballon d'Or winner has scored 24 goals in all competitions this season for Juventus, including 15 in the last ten league games.

38 - Points between Juventus and Brescia