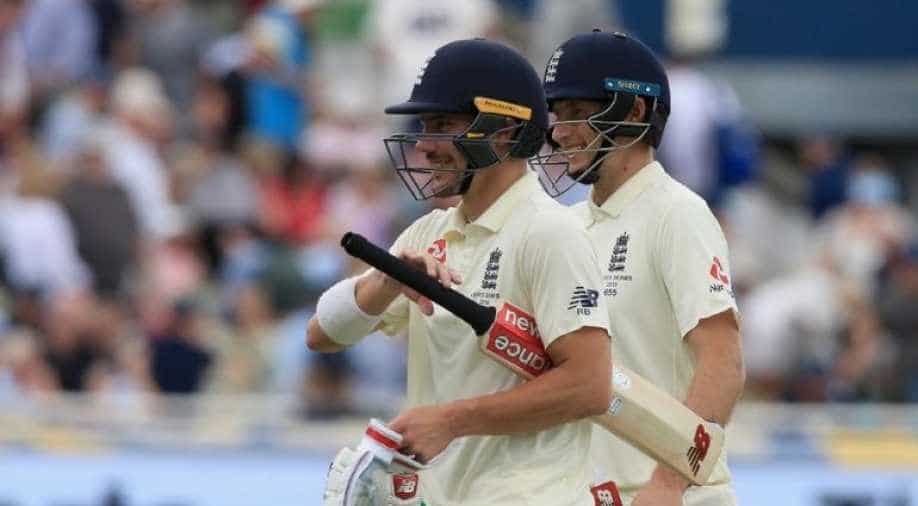 Rory Burns and England captain Joe Root kept Australia at bay on the second day of the first Ashes Test at Edgbaston on Friday.

England still had plenty of work to do to get back on level terms but a session where they lost just one wicket in opener Jason Roy represented a vast improvement on their first-innings 85 all out in a Test win over Ireland at Lord's last week.

England were 10-0, with left-hander Burns four not out and Surrey team-mate Roy six not out, when play resumed Friday in slightly overcast conditions.

That left them 274 runs behind Australia's first-innings 284 built on a brilliant 144 from Steve Smith, ignoring the jeers of a raucous crowd, in the former captain's first Test innings since he completed a 12-month ban for his role in a ball-tampering scandal in South Africa.

Australia were in dire straits at 122-8 but their last two wickets more than doubled their total, with number 10 Peter Siddle making 44, the second-highest score of the innings, as he put on 88 with Smith.

It was not long before Smith was centre-stage again.

But in just his second Test, he never looked comfortable against Australia's fast bowlers and it was no surprise when, on 10, he edged a good length ball from James Pattinson low to Smith at second slip, with England then 22-1 in the eighth over.

Burns was then hit a glancing blow on his batting helmet by a Pat Cummins bouncer.

As play continued, the crowd's attention was distracted by a plane flying over Edgbaston trailing the message 'Arise Sir Ben Stokes Barmy Army' -- a tribute to the England all-rounder from a supporters group.

Root had returned to number three from four in a bid to lead from the front with the bat.

But he was almost bowled leaving off-spinner Nathan Lyon's first ball, a sharply turning delivery that just missed the stumps.

Root, England's best batsman, had an even bigger slice of luck on nine when he was given out caught behind off Pattinson only for his review to reveal the ball had hit the off stump without dislodging a bail.

The patient Burns was content to bide his time and pick off anything loose, such as an over-pitched ball from Cummins that he on-drove for four.

Australia hold the Ashes but they have not won a Test series away to England in 18 years.