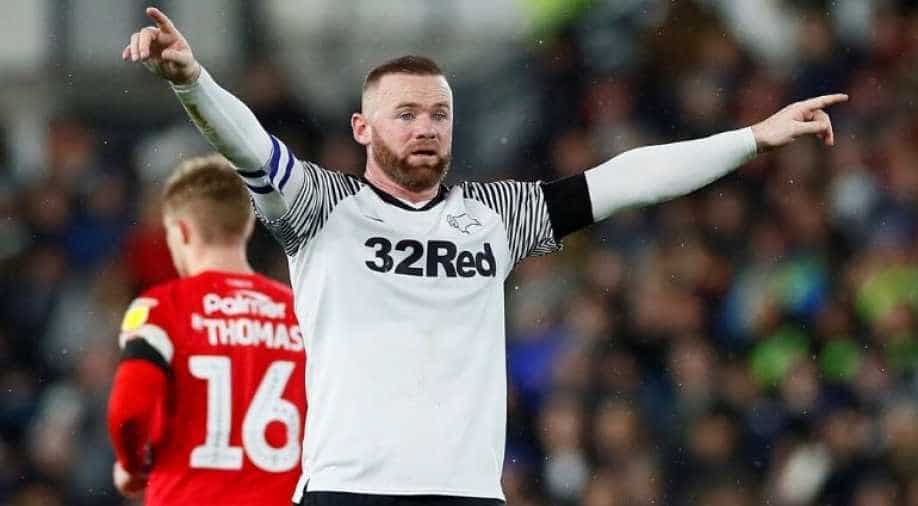 Rooney last played for US Major League Soccer side DC United, and Everton after leaving Manchester United in 2017.

Wayne Rooney marked his return to English football with an assist on his Derby County debut as he captained the club to a 2-1 win over Barnsley in the Championship on Thursday.

The 34-year-old, Manchester United and England's most prolific striker, signed an initial 18-month deal at the second-tier side where he will also work as a coach as he chases his dream of being a manager.

Rooney, who last played for US Major League Soccer side DC United, floated a free-kick into the box at the stroke of halftime which allowed striker Jack Marriott to give Derby the lead with only his second goal this season.

"It was a big night for myself, big night for the club, a lot of excitement, but the main priority tonight was to get three points," Rooney told sources. "It feels good to finally make my debut and help the team win.

"It was a difficult game, I thought Barnsley played well, made it tough for us, but we worked hard, created chances... It was a good ball and a great finish from Jack. I'm pleased for Jack because he needed that goal."

Derby are 17th in the standings with 33 points from 26 games while Barnsley are in the relegation zone with 21 points, ahead of bottom side Luton Town on goal difference.