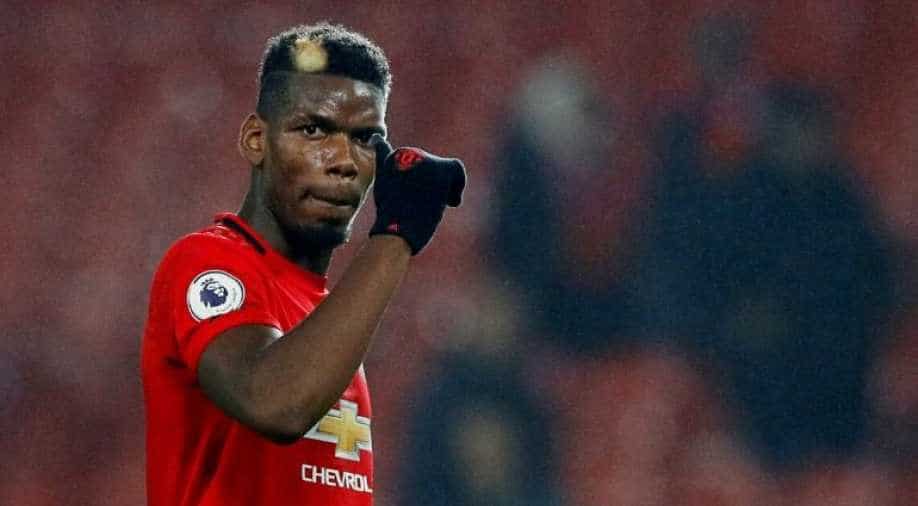 Pogba's future at United remains the subject of much transfer speculation, especially since recent comments from his agent Mino Raiola criticising the club.

Manchester United could be forced to recruit midfielders during the January transfer window with the injured Paul Pogba and Scott McTominay set for lengthy spells on the sidelines, manager Ole Gunnar Solskjaer said on Wednesday.

Pogba is set to undergo surgery to treat an ankle problem that will rule the Frenchman out of action for around a month, while McTominay is out for longer with knee ligament damage sustained in last week's win over Newcastle United.

Pogba, who has been linked frequently with a potential move away from United, spent over two months sidelined with an injury to his left ankle and has only made eight appearances for his club in all competitions.

"We've had scans, it's nothing major but it's something that has to be sorted and dealt with within a time frame," Solskjaer told a news conference after United's 2-0 defeat at Arsenal, which Pogba played no part in.

"He's been advised to do it as soon as possible. We've been without him all season, it's a big blow.

"Scott will be out for a few months. He's been magnificent and we just hope that Paul can come back within a month or so... We've been suffering a little bit, especially in midfield and we've got to cope with it."

Solskjaer said the absence of the two influential midfielders would play a part in the club's decision-making process on whether to sign reinforcements this month.

"We've got loads of games and important games. But still, it's got to be right and that's the big point here," the Norwegian manager added.

"If it's available and if it's possible we'll do something, definitely. We're looking at one or two (potential signings)."

Pogba's future at United remains the subject of much transfer speculation, especially since recent comments from his agent Mino Raiola criticising the club.

"It's a club out of touch with reality, without a sports project. I would no longer take anyone there. They would even ruin (Diego) Maradona, Pele and (Paolo) Maldini. Paul needs a club and a squad, one like Juventus was before."