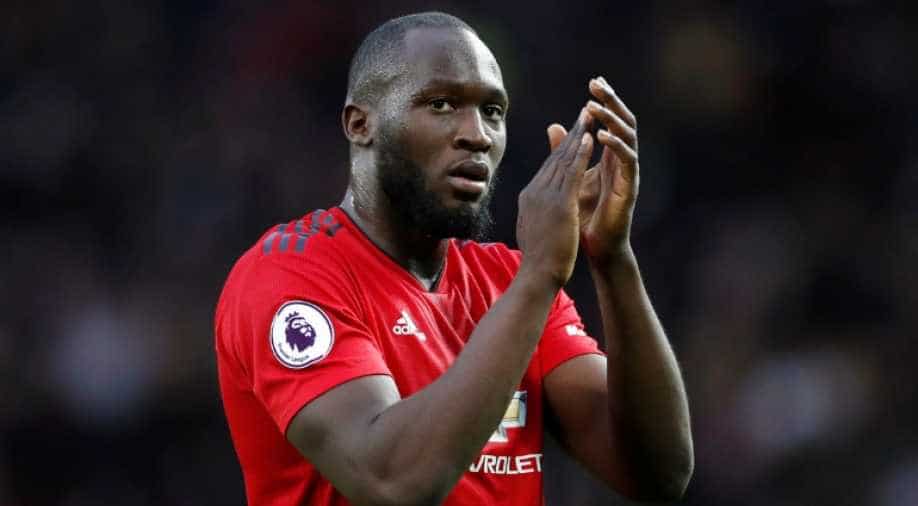 The result lifted United back into fourth place on 58 points from 29 games, one ahead of fifth-placed Arsenal who were held to a 1-1 draw at Tottenham Hotspur in the early kickoff.

Manchester United striker Romelu Lukaku continued his rich vein of form by scoring two goals, including a late winner, to give his side a comeback 3-2 home win over Southampton in the Premier League on Saturday.

It took the Belgian's tally to four goals in two games after he netted a brace in Wednesday's 3-1 win at Crystal Palace, with playmaker Andreas Pereira grabbing the other for the hosts in a rip-roaring clash at Old Trafford.

The result lifted United back into fourth place on 58 points from 29 games, one ahead of fifth-placed Arsenal who were held to a 1-1 draw at Tottenham Hotspur in the early kickoff.

Sixth-placed Chelsea, who are on 53 points, have two games in hand and visit second bottom Fulham on Sunday.

Lukaku, who has endured dips in form during what has been a turbulent season at Old Trafford with Ole Gunnar Solskjaer taking over from Jose Mourinho as caretaker manager in December, was back to his lethal best.

"I was focused on the win and help my team mates," Lukaku told the BBC.

"We knew we had to win the game today and did it. Not our best game but we have to be happy.

"The manager gave me another chance today. We have to look one game at a time and are working hard on the training ground. We are ready for the challenge."

Having weathered an early storm in which United missed three gilt-edged chances, Southampton took the lead in the 26th minute when Yan Valery scored his first goal for the club in spectacular fashion.

The 20-year old French wing-back, who joined Southampton from Ligue 1 side Rennes during the close season, unleashed a thunderbolt from 25 metres which beat United's stunned keeper David De Gea at the near post.

The home side equalised in the 53rd minute as the lively Pereira teed himself up for a long-range shot and curled it brilliantly past Saints keeper Angus Gunn.

Six minutes later, Pereira released Lukaku with fine footwork and the striker side-stepped a defender before he drilled a low shot with his weaker right foot into the bottom corner of the net.

James Ward-Prowse appeared to have snatched a point for the Saints with a stunning free kick from 25 metres before a frantic finish as Lukaku sent the home crowd into raptures.

A slick move ended with Lukaku turning his marker on the edge of the penalty area and drilling in another right-foot shot into the bottom corner in the 88th minute.

Gunn saved a poor stoppage-time penalty by Paul Pogba but the Frenchman's blunder did not dampen the mood at Old Trafford after Solskjaer stretched his impressive league start to 10 wins and two draws.

"It was one of those games, it had everything," said Solskjaer.

"My team did fantastic and the boys did great in the second half. The belief is there, they have gone so long without losing games (domestically) and are raring to go.

"They want to get on the ball and the confidence is high. They were class finishes from Romelu Lukaku and I am so pleased for Andreas Pereira."

Tokyo Olympics: 'Give your best to get a medal for country,' says PV Sindhu's father