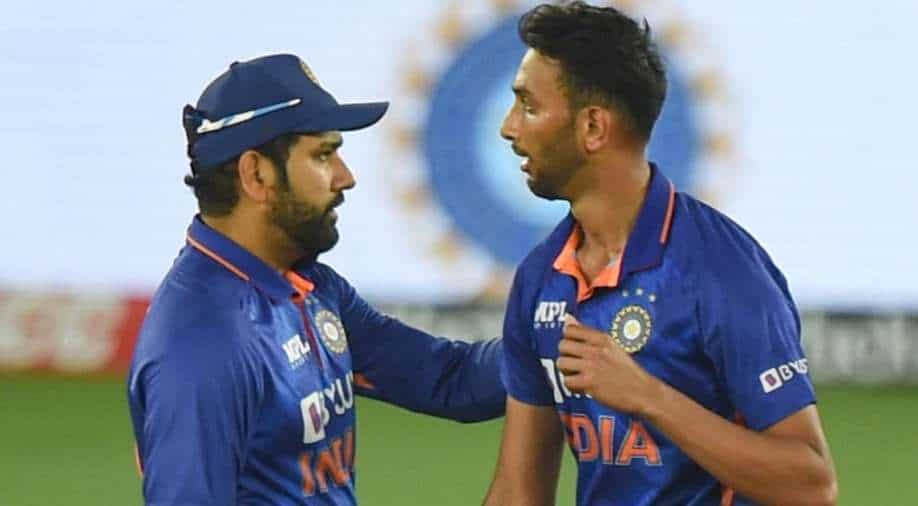 While reacting to Krishna's performance, the Indian skipper during the post-match presentation said, "I have never seen a spell like that in India for a long time now. Bowled with a lot of pace and kept it going. The others complimented him."

"When you have five bowlers and Deepak being sixth, you always need to keep rotating the bowlers," Sharma added.

Rohit also said that "winning the series is a good feeling" but added that there were some "challenges". He said, "The partnership between Rahul and Surya had a lot of maturity. We got to a respectable total in the end."

"We knew we could fight it out. The entire unit came out and bowled superbly. It is important for these guys to bat under pressure and that is how you will judge their character," Rohit said.

Meanwhile, the pacer said that receiving compliments from the skipper is quite flattering.

While replying to ANI, he said, "Rohit's praise is quite flattering for me, he has been playing cricket for a long time, the comment coming from him, I am personally very happy."

"I have been putting in the hard yards, I am glad it happened today," Prasidh added.