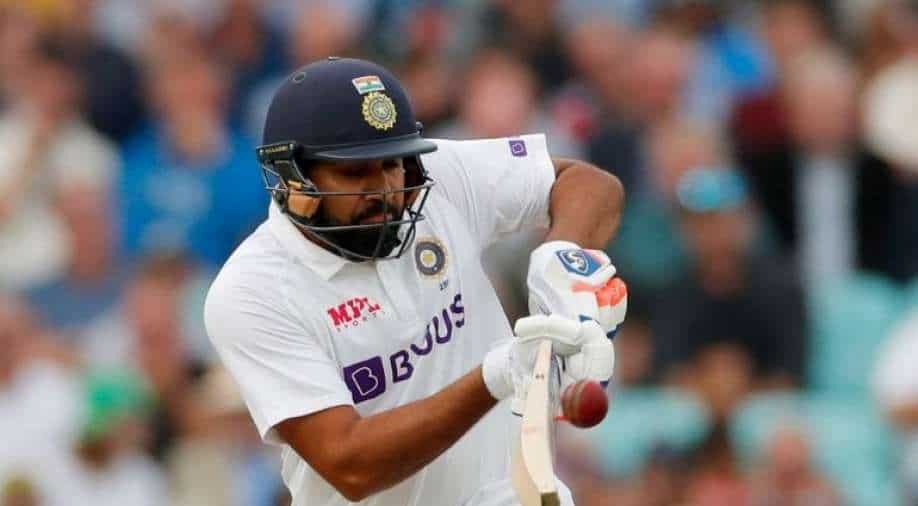 Rohit Sharma had a great run in the India-England Tests, ending with two fifties and registering his maiden overseas ton in the purest format.

Rohit Sharma was undoubtedly one of the best batsmen from Team India in the England Tests, in the United Kingdom. While the Indian opener has always been regarded as a limited-overs specialist, the 34-year-old has come to his own in his second innings in Test cricket ever since he was promoted as an opener in late 2019.

Playing his first series as an opener in England, Rohit showed great character and temperament to leave the balls outside off stump, curb his natural aggressive style of play and time his innings perfectly, versus the disciplined English bowling line-up. As a result, he ended the series with two half-centuries and also registered his maiden overseas ton in whites.

Lavishing huge praise on Hitman, former Indian opener Aakash Chopra wrote in his coloumn for ESPNCricinfo, "It took courage to make the radical changes to his game that we saw him make in England. While Rohit batted the way he was expected to bat in India in Tests, he changed his game radically to meet the demands of English conditions. He went against his natural instinct, which is to attack at the first opportune moment."

He added, "Rohit's attempt to play a totally different brand of cricket to that with which he got all his international success reflected two things: nurture is as influential as nature, if not more; and he has a burning desire to succeed in Tests. He knew that this English summer had the potential to define his legacy as a Test cricketer. And it is remarkable that standing at such a crucial juncture so far into his career, he had the conviction to remould his game so drastically that he looked like a different batter altogether," wrote Chopra.

"In England, this summer Rohit seems to have taken a giant leap towards writing his legacy, an effort born of his love for the longer format," he concluded.

Given that Rohit plays in a free-flowing manner, the senior batsman made enough changes in his batting style to cement his place as a Test opener in Team India. His willingness to remould his game stands out and shows his hunger for success.

Rohit is currently in the UAE as he will lead Mumbai Indians (MI) in the final leg of IP 14, from September 19.